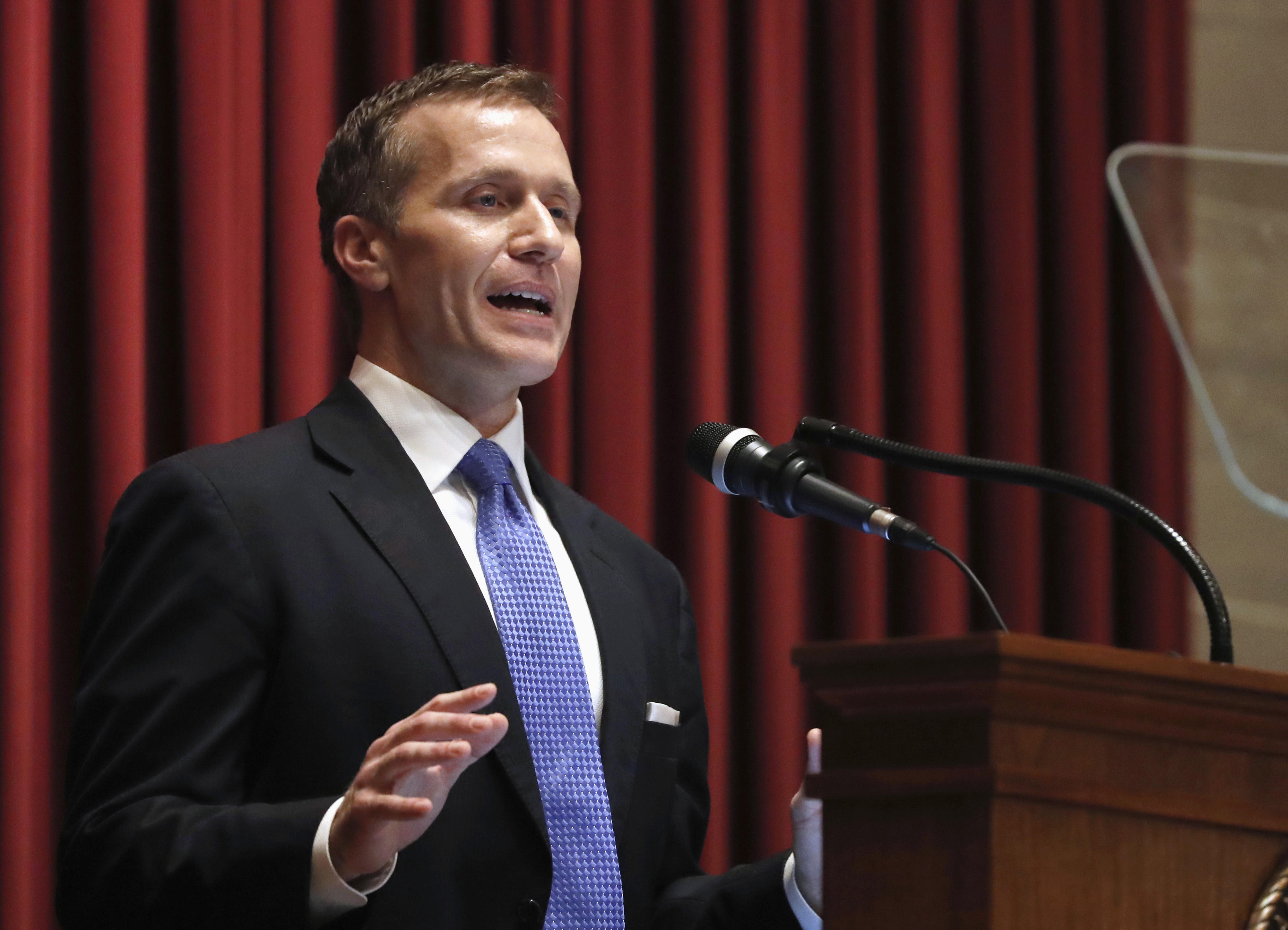 Missouri Republican Gov. Eric Greitens is under investigation Friday morning following new accusations of assault and blackmail he says are false. Gov. Greitens admitted to cheating on his wife with an unnamed woman, after the woman's now ex-husband exposed the alleged sexual affair.

He is now being accused of slapping the unnamed woman with whom he had the affair, reports CBS News' Dean Reynolds. Greitens spent his Thursday in damage control trying to rally support. But now, with an official state investigation, some Republicans are asking for clarity

"With these allegations hanging out there, we need to get to the bottom of it," said Missouri state Sen. Doug Libla.

Republican lawmakers in Missouri want answers, which is why there is now an active criminal investigation into Gov. Greiten's alleged conduct, including an admitted affair with his former hairdresser and accusations of blackmail and assault.

Recordings obtained by CBS News appear to show the unidentified woman detailing her alleged encounter with Gov. Greitens to her now ex-husband

"I knew he was being sexual and I still let him. And he used some sort of tape, I don't know what it was, and taped my hands to these rings and then put a blindfold on me," the unnamed woman in the recording said. "He stepped back and I saw a flash through the blindfold and he said you're never going to mention my name, otherwise there will be pictures of me everywhere….He tried kissing my stomach and tried to kiss me down there but didn't quite get there because I flipped out and I said you need to stop."

"If my goal was to have inflicted political harm on the governor, I would have brought this information public before the election," Temple said.

Attorney Albert Watkins, who represents the ex-husband of the woman involved in the affair, alleges Gov. Greitens assaulted her.

"When she admitted that she'd had sexual relations with her husband during a period of reconciliation, that the governor slapped her," Watkins said.

Watkins claims Gov. Greitens first made physical contact with the unnamed woman in the hospital while Greitens wife was delivering one of his children. Greitens' attorney denies any allegation of violence, and says the governor is confident he will be cleared in the investigation.

National lifeguard shortage could affect up to nearly half of all public pools in U.S.