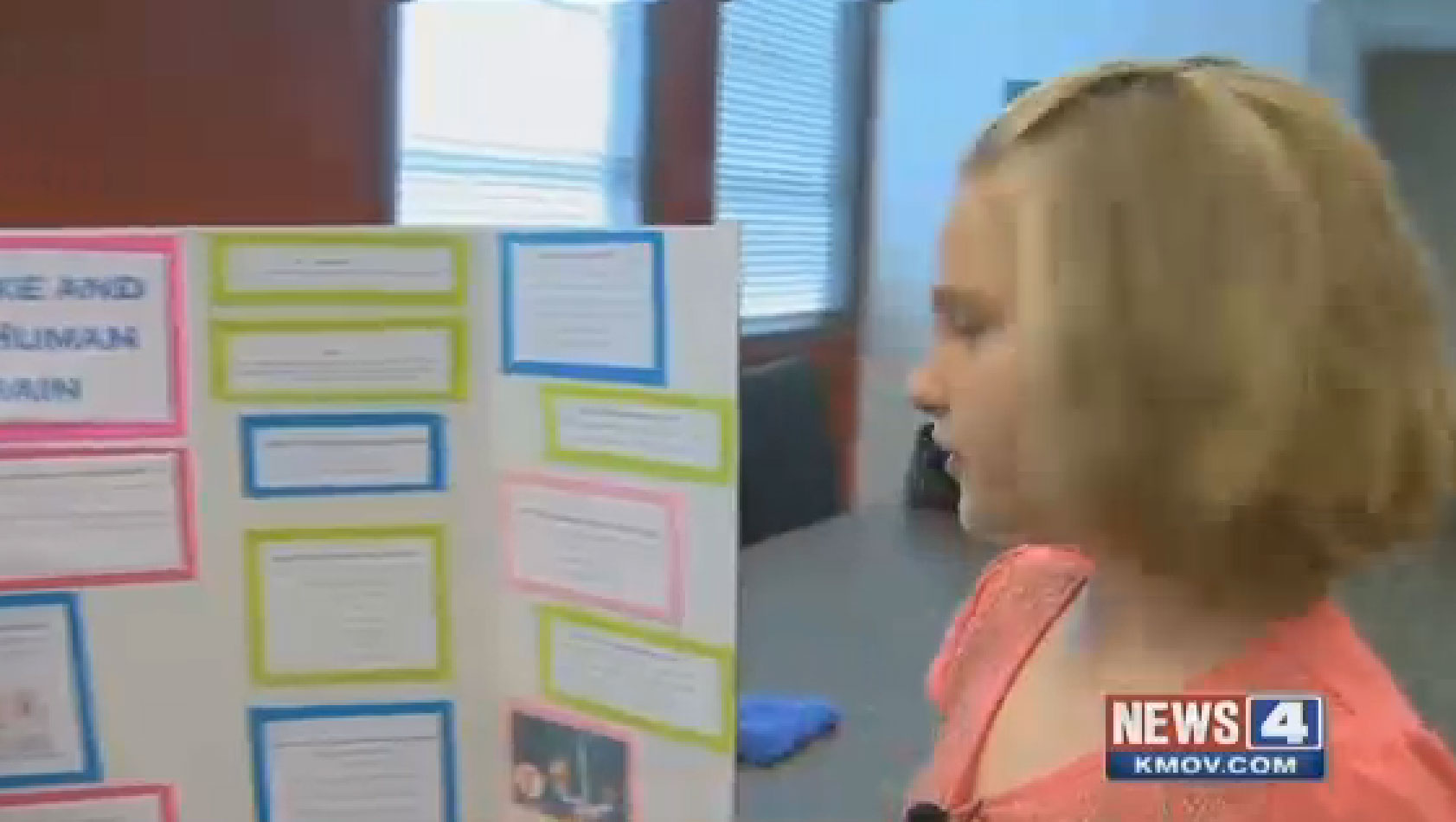 ST. LOUIS -- A 10-year-old St. Louis girl is being credited for helping save her grandfather's life after noticing, thanks to her science fair project, that he was having a stroke.

Sophia Tabors tells CBS affiliate KMOV that she decided to study strokes after one of her grandfathers suffered one. The fourth-grader's project won a second-place ribbon.

"My other grandpa had a stroke and during that stroke I'm like, 'Well it'd be interesting to find out why strokes happen and what causes them,'" Tabors told KMOV.

Two months after the science fair, she sprang to action when her other grandpa suddenly dropped a bag of apples.

"He was staring at it and I was trying to ask him if he was okay. ... He was saying something but I didn't get it and his face was droopy on one side," she told KMOV.

Sophia told her mom what was happening, and she called 911.

Dr. Amer Alshekhlee credits the girl's quick thinking with saving a lot of her grandpa's functions and probably his life.

The grandfather is recovering.