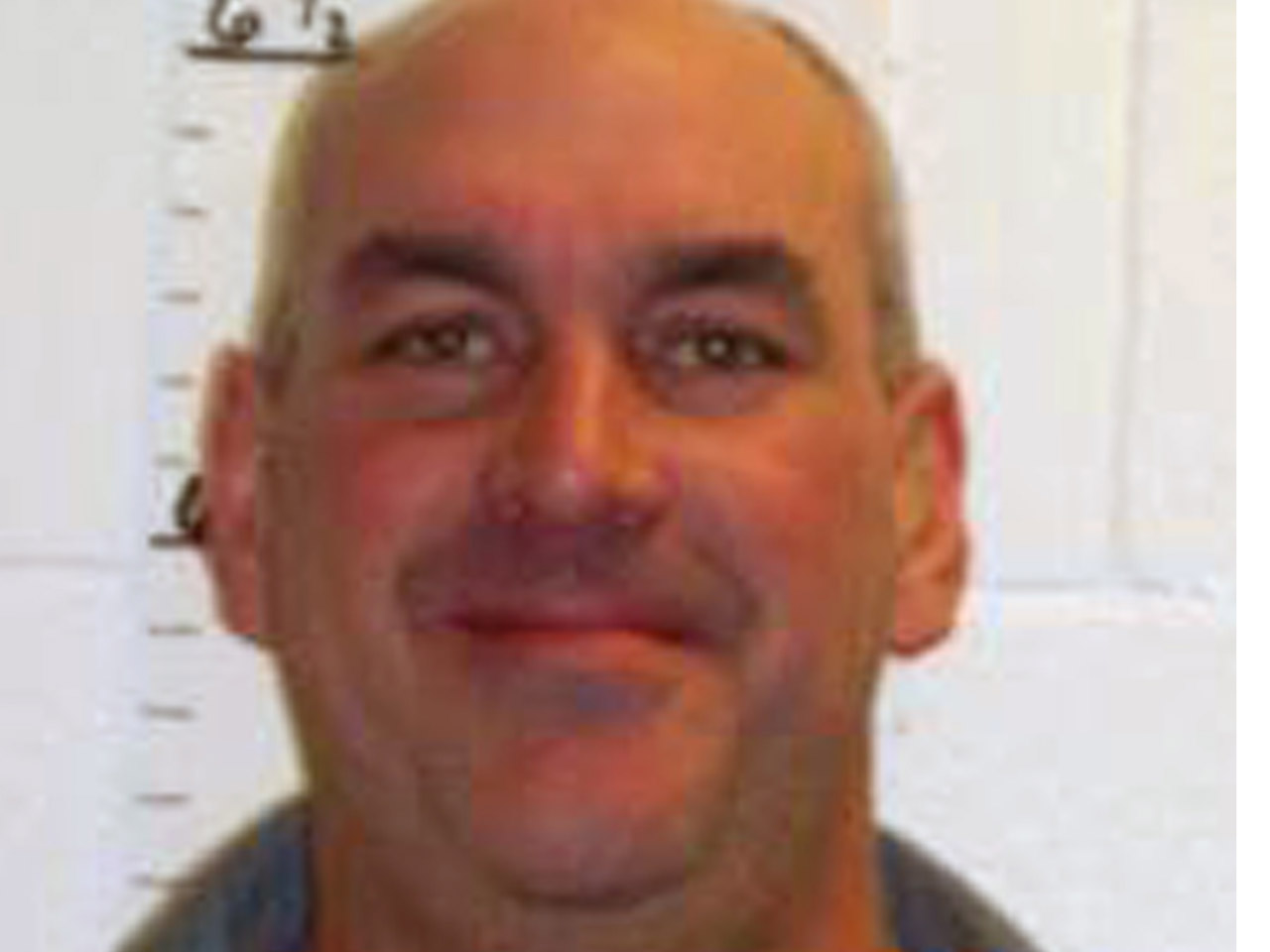 BONNE TERRE, Mo. -- A Missouri inmate was put to death early Wednesday for fatally beating a 63-year-old woman with a hammer in 1998, the state's record 10th lethal injection of 2014, matching Texas for the most executions in the country this year.

In Georgia, a man convicted of killing a sheriff's deputy moments after robbing a convenience store in central Georgia was executed Tuesday night.

The Missouri case involved Paul Goodwin, 48, who sexually assaulted Joan Crotts in St. Louis County, pushed her down a flight of stairs and beat her in the head with a hammer. Goodwin was a former neighbor who felt Crotts played a role in getting him kicked out of a boarding house.

Goodwin admitted committing the crime after his arrest.

Goodwin's execution began at 1:17 a.m., more than an hour after it was scheduled, and he was pronounced dead at 1:25 a.m.

Efforts to spare Goodwin's life centered on his low IQ and claims that executing him would violate a U.S. Supreme Court ruling prohibiting the death penalty for the mentally disabled. Attorney Jennifer Herndon said Goodwin had an IQ of 73, and some tests suggested it was even lower.

Goodwin's sister, Mary Mifflin, wrote in a statement that the death penalty "is not a just punishment for his crime - an act that occurred out of passion, not premeditation, by a man with the mental capabilities of a child, not an adult."

"I've been sitting back waiting for this to happen," Decker said of the execution. "I'm hoping all these bad memories will go away."

Goodwin's fate was sealed when Gov. Jay Nixon denied a clemency request and the U.S. Supreme Court turned down two appeals - one on the mental competency question and one concerning Missouri's use of an execution drug purchased from an unidentified compounding pharmacy.

Missouri's 10th execution of 2014 matches the state's previous high of nine in 1999. Neither Missouri nor Texas has another execution scheduled this year. Texas, Missouri and Florida have combined for 28 of the 34 executions in the U.S. this year.

Missouri has scheduled one execution each month since November 2013. Two were halted by court action, but 12 were carried out over the past 14 months.

In Georgia, Robert Wayne Holsey, 49, was declared dead at 10:51 p.m. at the state prison in Jackson, authorities said.

Holsey was sentenced to die for the Dec. 17, 1995, killing of Baldwin County sheriff's deputy Will Robinson. A jury convicted Holsey in February 1997.

Holsey robbed a convenience store in the town of Milledgeville early on Dec. 17, and the store clerk immediately called police, describing the suspect and his car, prosecutors said.

According to court documents, Robinson stopped a car at a nearby hotel minutes later and radioed in the license plate number. As Robinson approached the vehicle, Holsey fired at him, prosecutors said. The deputy suffered a fatal head wound.

Holsey fled but was arrested a short time later at his sister's house.

Holsey's lawyers filed a number of last-minute appeals to stop the execution but they were all rejected.

Holsey was executed nearly an hour after the U.S. Supreme Court rejected a request for a stay.

Moments before he was put to death, Holsey addressed the victim's father.

"Mr. Robinson, I'm sorry for taking your son's life that night," he said. "He didn't deserve to die like that."

Holsey added, "I hope you can find it in your heart to forgive me and my family."

He seemed to be addressing three men in the front row who sat with their arms around each other's shoulders. The front row is reserved for state witnesses and family members of the victim, but prison officials could not immediately say whether the men were relatives.

He also seemed to be addressing a woman in the second row when he said "Take care of mama." Relatives of the condemned inmate are allowed to sit in that row.

Robinson's family released a statement earlier Tuesday thanking the people who have supported them over the years.

Holsey's lawyers had argued in a clemency petition that their client should be spared lethal injection because his 1997 trial was mishandled by an alcoholic lawyer who was distracted by his own problems. The trial lawyer died in 2011.

The original lawyer told the court that intellectual disability would not be a factor in the case, despite records showing Holsey was intellectually disabled, Holsey's lawyers argued. And the jury also didn't hear details about Holsey's childhood, which was characterized by horrifying abuse at the hands of his mother, according to the petition.

Georgia requires death-row inmates to prove intellectual disability beyond a reasonable doubt in order to be spared execution on those grounds. Courts have consistently upheld Georgia's toughest-in-the-nation standard of proof on this issue.

But the U.S. Supreme Court in May knocked down a Florida law that said any inmate who tests above 70 on an IQ test is not intellectually disabled and may be executed. The opinion said IQ tests have a margin of error and inmates whose scores fall within the margin must be allowed to present other evidence of intellectual disability.

The state of Georgia argued in court filings that Holsey is not intellectually disabled. An expert found that Holsey had a learning disability but was not disabled, and his siblings relied on him as a leader, the state's lawyers argued.

The state also disputed the idea that Holsey's trial lawyer was ineffective, saying the prosecutor in the case and the judge both testified that the original lawyer performed very well.

The state also argued that the U.S. Supreme Court's May ruling was tailored specifically to Florida and does not apply to Georgia's law.