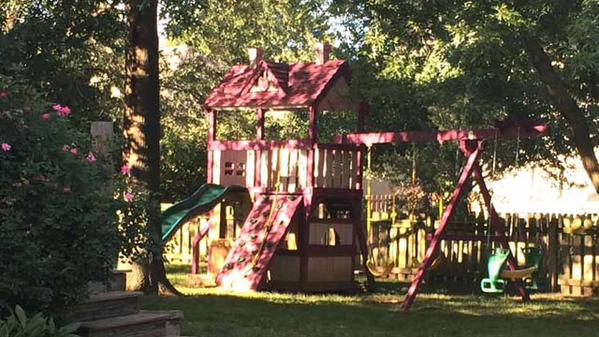 A Missouri family is swinging in celebration after a judge ruled that they can keep their purple swing set and playhouse despite objections from neighbors.

CBS affiliate KCTV reports that the Raintree Homeowner's Association in Lee's Summit sued the Stout family - and threatened them with jail time - if they didn't take down the playhouse.

Marla Stout told KCTV that the playhouse was built built two years ago for her girls, ages five and eight. They settled on a subtle purple that she thought would fit well with the HOA rules that it be "in harmony" with the neighborhood.

Jack Stout told the station that he offered to paint the swing set a different color (an offer that was rejected) and even though dozens of neighbors signed a petition supporting the family, the lawsuit went ahead.

The judge in the case dismissed the case on Friday.

"We didn't think it was a good idea to back down and show our kids that you just back down to bullies," Jack Stout told KCTV. "We just wanted to keep our purple swing set and according to the rules. It's not against the rules so we didn't see why we should change it."