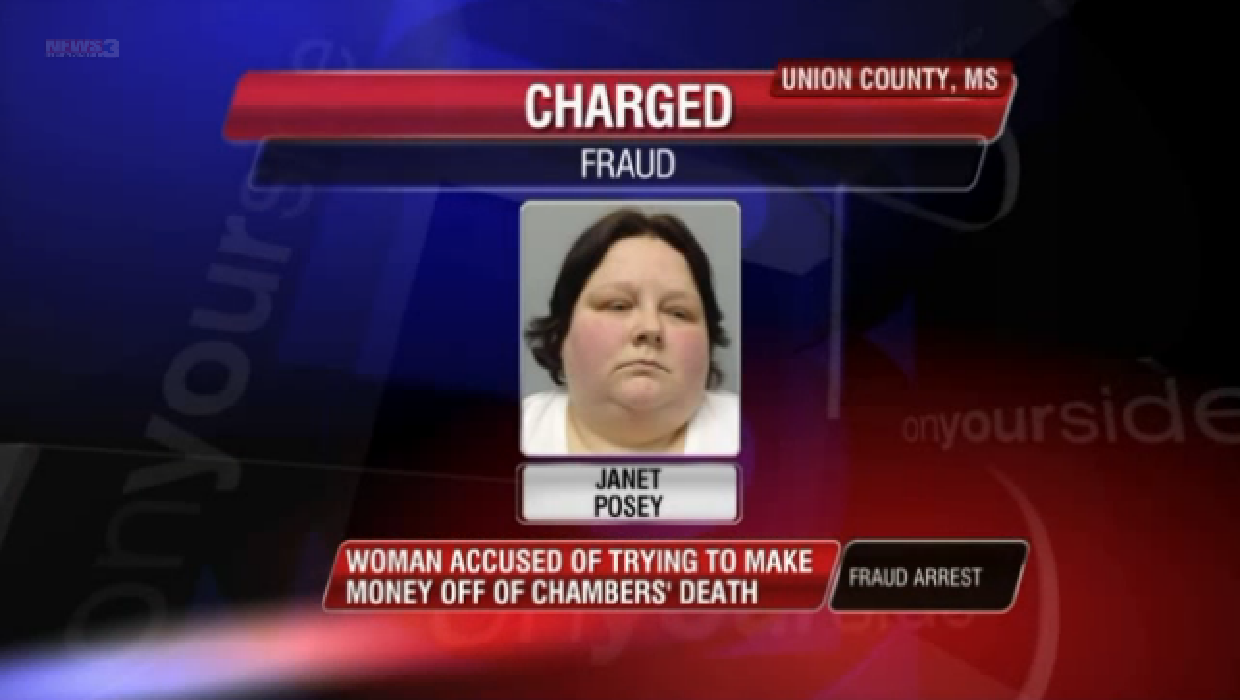 JACKSON, Miss. - A north Mississippi resident has been arrested after authorities say she created a fundraising scam tied to the burning death of 19-year-old woman Jessica Chambers.

Attorney General Jim Hood says 39-year-old Janet Posey of Blue Springs is charged with one count of attempted false pretense and one count of communications fraud.

Hood says his office was told that Posey had started an effort to raise money based on the burning death of Chambers in Panola County. She reportedly set up a Facebook page asking for donations for Chambers' family.

The woman's death earlier this month remains under investigation.

Posey was arrested Wednesday, and jail records show she was released on $40,000 bond late that night.

Conviction on both charges would carry a penalty of up to 15 years in prison.