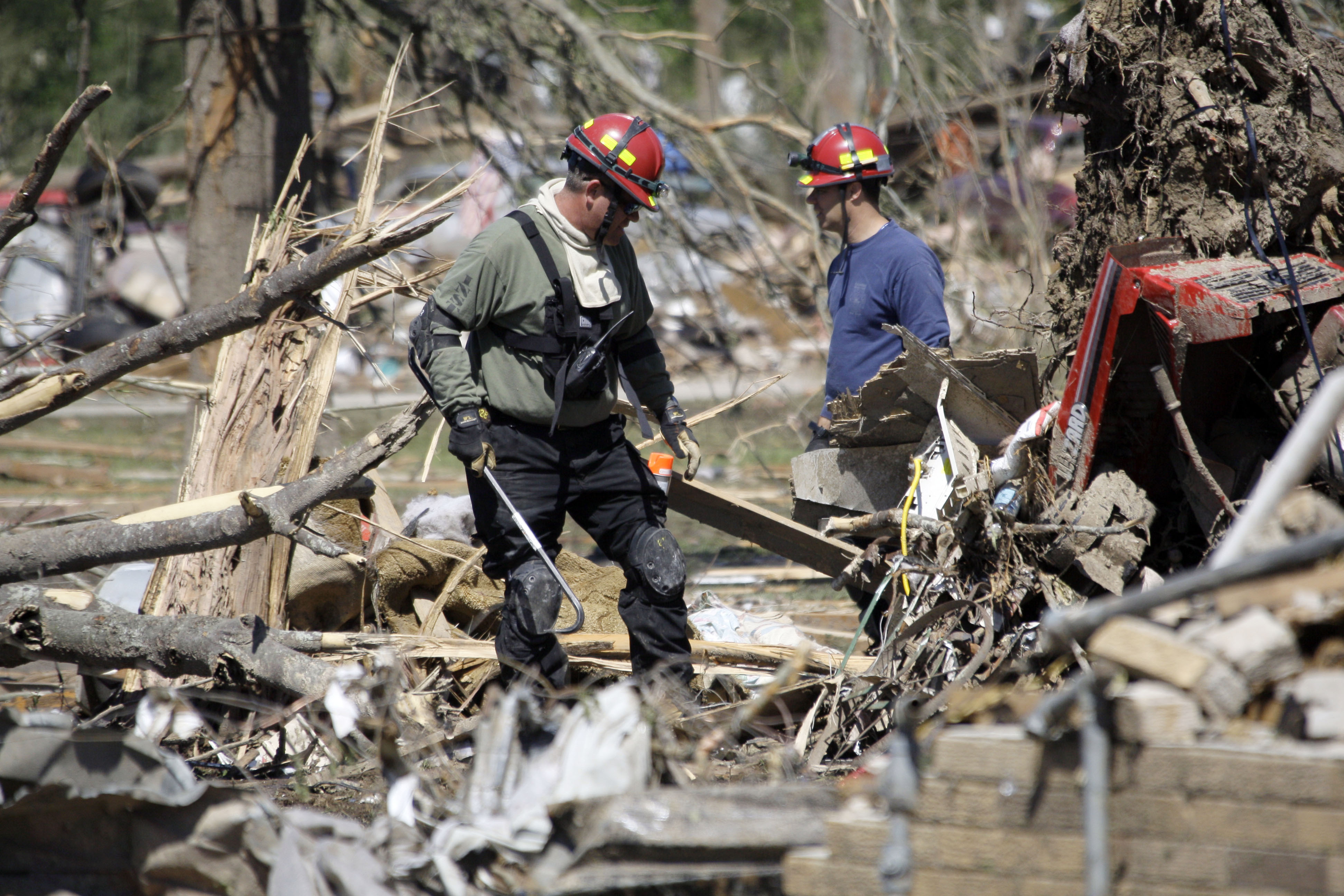 NORMAN, Okla. - The National Weather Service says one of the tornadoes that killed hundreds in the South had winds of 205 mph and was the first EF-5 tornado in Mississippi since 1966.

That's the highest rating given by the weather service for tornado damage. Meteorologist Jim LaDue at the weather service's Storm Prediction Center says he expects many more of the tornados that killed at least 297 people will be rated EF-5 later Friday.

The weather service said the tornado hit Smithville, Miss., at 3:44 p.m. EDT on Wednesday. It was a half-mile wide and was on the ground for close to three miles, killing 14 and injuring 40.

The tornado destroyed 18 homes, which the weather service said were well built, less than 10 years old and bolted to their foundation.

Nearly 300 people were killed across six states — more than two-thirds of them in Alabama, where large cities bore the half-mile-wide scars the twisters left behind.

The death toll from Wednesday's storms seems out of a bygone era, before Doppler radar and pinpoint satellite forecasts were around to warn communities of severe weather. Residents were told the tornadoes were coming up to 24 minutes ahead of time, but they were just too wide, too powerful and too locked onto populated areas to avoid a horrifying body count.

"These were the most intense super-cell thunderstorms that I think anybody who was out there forecasting has ever seen," said meteorologist Greg Carbin at the National Weather Service's Storm Prediction Center in Norman, Okla.

"If you experienced a direct hit from one of these, you'd have to be in a reinforced room, storm shelter or underground" to survive, Carbin said.

Some of the worst damage was about in Tuscaloosa, a city of more than 83,000 that is home to the University of Alabama. The storms destroyed the city's emergency management center, so the school's Bryant-Denny Stadium was turned into a makeshift one. School officials said two students were killed, though they did not say how they died. Finals were canceled and commencement was postponed.

A tower-mounted news camera there captured images of an astonishingly thick, powerful tornado flinging debris as it leveled neighborhoods.

That twister and others Wednesday were several times more severe than a typical tornado, which is hundreds of yards wide, has winds around 100 mph and stays on the ground for a few miles, said research meteorologist Harold Brooks at the Storm Prediction Center.