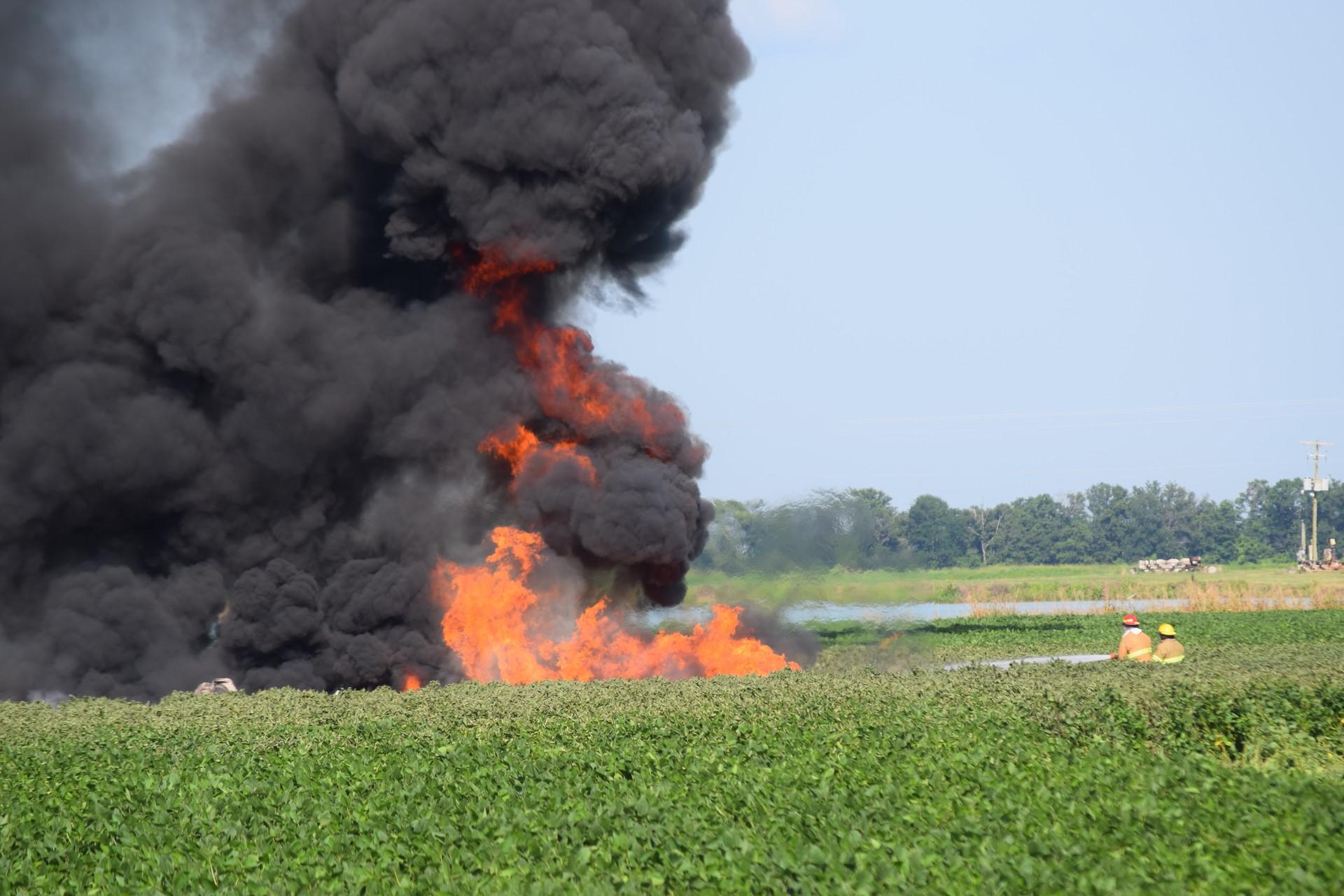 At least 12 people have died in a Marine Corps plane crash in the Mississippi Delta on Monday, officials said.

Leflore County Sheriff Ricky Banks tells The Associated Press that officials are searching for others across a large debris field in the dark Monday, more than five hours after the KC-130 refueling tanker spiraled to the ground into a soybean field about 85 miles north of Jackson.

A Greenwood Airport official told CBS News that the plane had taken off from Memphis, and the aircraft was under the control of the Memphis Traffic Control Center.  It was last seen at 20,000 feet when it disappeared from radar, the official said.

The official said that since the Marine are taking the lead on the investigation.

Marine Corps spokeswoman Capt. Sarah Burns said in a statement that a Marine KC-130 "experienced a mishap" Monday evening but provided no details.

Andy Jones said he was working on his family's catfish farm just before 4 p.m. when he heard a boom and looked up to see the plane corkscrewing downward with one engine smoking.

Jones said the plane hit the ground behind some trees, and by the time he and other reached the crash site, fires were burning too intensely to approach the wreckage. The force of the crash nearly flattened the plane, Jones said.

Greenwood Fire Chief Marcus Banks, no relation to the sheriff, told the Greenwood Commonwealth that debris from the plane was scattered in a radius of about 5 miles.

Jones said firefighters tried to put out the fire at the main crash site but withdrew after an explosion forced them back. The fire produced towering plumes of black smoke visible for miles across the flat region and continued to burn after dusk, more than four hours after the crash.

"It was one of the worst fires you can imagine," Jones said. He said the fire was punctuated by the pops of small explosions.