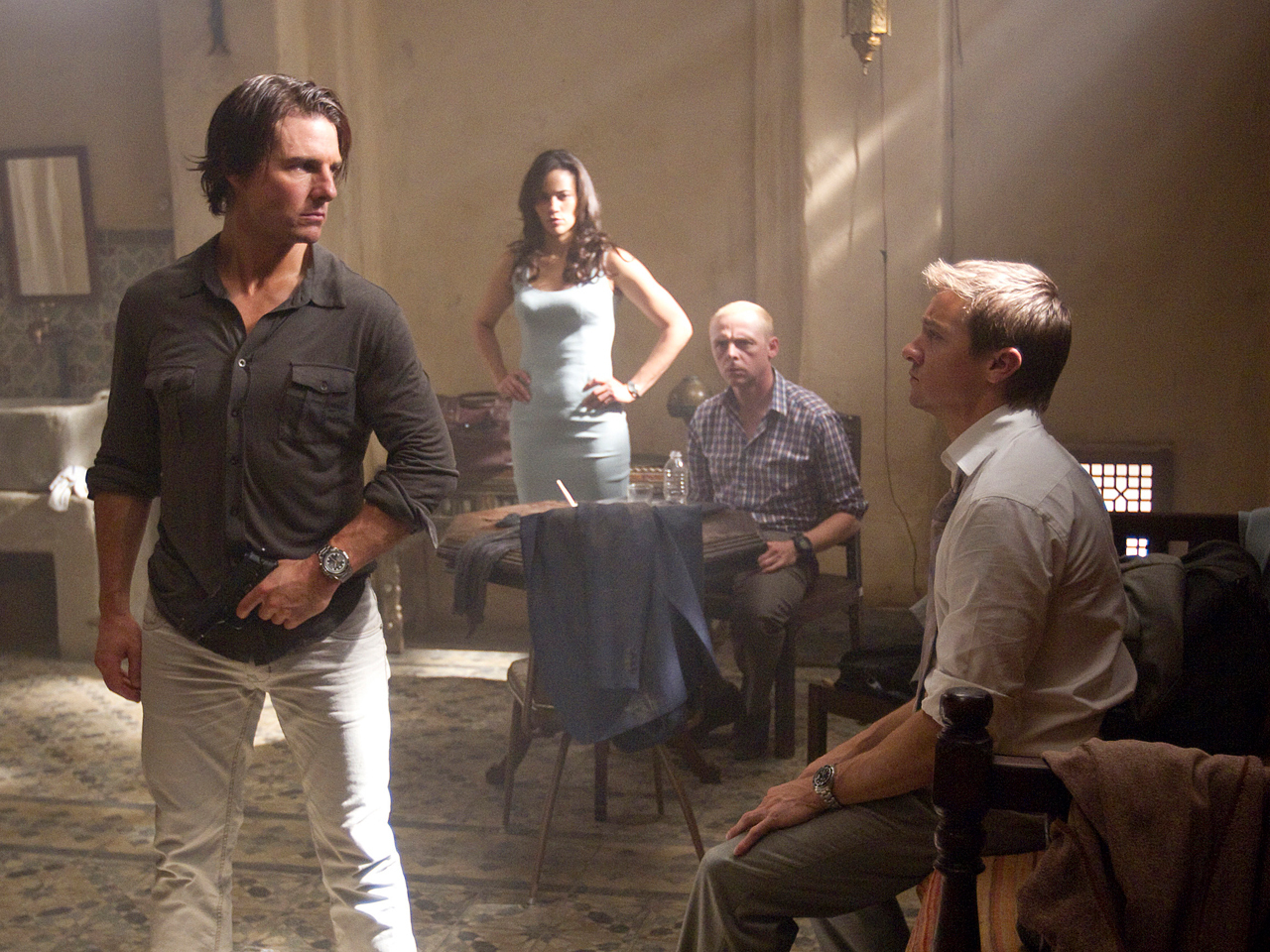 (CBS) Brad Bird probably had a very good weekend. And a pretty busy one at that.

The director, up until now best known for Academy Award winning films "Ratatouille" and "The Incredibles" and dubbed by some as a modern day Walt Disney, is enjoying the spoils of a new pursuit: directing his first ever live action feature film.

"Mission: Impossible - Ghost Protocol opened throughout much of the world this weekend and as the director behind the fourth film in the colossal spy franchise, he has his plate pretty full.

"It's like when the big color ball pops up on the computer screen. Hopefully in a few weeks I'll be able to process it all. Right now, sometimes it's three cities in one day, but I'm enjoying it," Bird said in an interview last week talking about the whirlwind media frenzy surrounding the Paramount film that many are calling the best of the franchise so far.

He said he's relieved it has all worked out and fans are responding to his spin on the lucrative series. "It was a tall order, shooting out in the Pacific Ocean, knowing land was somewhere off in the distance. It was physically very challenging and it was a huge production on a very tight budget."

Some of that budget has been recouped, no doubt, after its opening weekend take. "Ghost Protocol" commanded the international box office, debuting at just under $70 million in more than 35 countries. Asian markets responded particularly well, accounting for about a third of global ticket sales. The film also opened on IMAX screens in the U.S. before going nationwide this week. The newest offering significantly trumped it's predecessor's opening weekend figures.

Ethan Hunt's (Tom Cruise) latest mission is instigated when he is busted out of a Moscow prison to infiltrate the Kremlin and obtain information on a man code-named Cobolt. Hunt's cover is blown, however, and he and the IMF are blamed for the terrorist bombing of the Kremlin. Disavowed, Hunt and the rest of his agency are left to their own devices when the President initiates "Ghost Protocol." Hunt, together with a small band of operatives, go rogue in order to restore IMF's standing and avert a nuclear disaster.

New to the franchise is Agent William Brandt (Jeremy Renner) a desk operative with some unusual talents that soon come to light. Simon Pegg returns to his roll as Benji Dunn, the team's technical genius and Paula Patton stars as Agent Jane Carter, an operative with a bone to pick with a sultry assassin (Lea Seydoux).

The high octane fugitives cover the world, globetrotting to such exotic destinations as Dubai and Mumbai to hunt down and thwart bad guy Kurt Hendricks (Michael Nyqvist) from accomplishing his nuclear ambitions. Featuring an international cast, Indian superstar, Anil Kapoor ("Slumdog Millionaire") also appears in a pivotal role as a communications mogul.

Bird's Mission has all the elements fans of the franchise will love, but at the producers' behest, helped create a film that could stand alone, so that audiences would be able to follow along if they had not seen the previous films. Bird said, "M.I. films always reflect the style of the director rather than a house script a director must fall into." He added that he wanted to explore some of the humor in the situations the characters found themselves in, but not to make it so tongue-in-cheek the intensity was lost. Bird also said of working with Cruise, "he told me he wanted it to be my version of Mission Impossible, but he is intense and he pushed to get the best. I'm the same way, so we got along really well."

Cruise, for his part, holds nothing back going full throttle in this high speed, high wire action flick that will leave you feeling dizzy at times. He was involved in all his own stunts, including finessing an Australian Rappel, where he runs across the face of the famous Burj Khalifa hotel in Dubai, 123 floors above the ground before jettisoning himself back into an open window and then hanging out of the window at dizzying heights. Renner and Patton too, took their cues from Cruise, training for four months to make sure stunts look as realistic as possible.

The hard work paid off and "Mission: Impossible - Ghost Protocol" is irrefutably the most compelling story of the franchise and showcases characters that are flawed and must use their wits in situations that have been created to appear as true to life as is possible in a thrill ride movie.

For his part, Bird is pleased with the result, but when asked if he would sign on for another installment if asked, he joked, "that's like asking a woman who's just had a baby if she wants another. Right now, I'm just enjoying this."

The thrill must be almost as great as the ones he delivers in this holiday must-see.