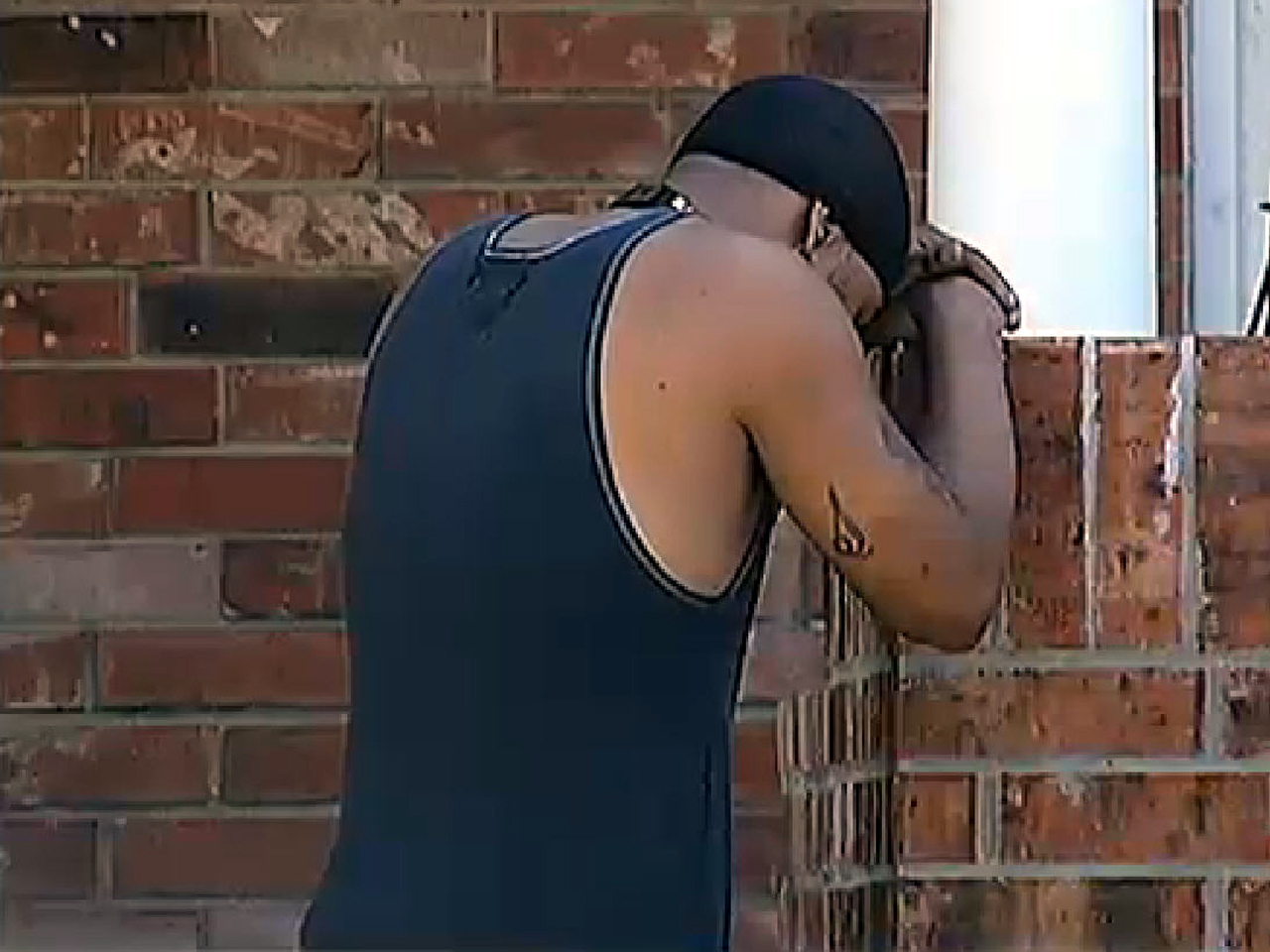 Police said the 59-year-old woman got into the freezer and got stuck.

The family said the woman had a small chest-type freezer in a closet, and even though they had searched the house once, they didn't look in there.

They believe she was worried about a possible storm, and once she got in, she couldn't get out.

William Andy and his family spent Tuesday night and Wednesday morning looking for his sister. He said no one had talked to her since Saturday night.

On Tuesday night, concerned family members got the apartment manager to let them inside.

"Went through the apartment, called out her name; she didn't respond or anything," Andy said.

On Wednesday morning, after a night of worrying and searching nearby neighborhoods and a river, they went back inside.

"I was walking through the living room and I heard her say, 'Help me, help me,' like that," said the woman's son, Jermal Stewart. "And I opened up the door and she was sitting in there, and that's how I found her."

Family members said the woman was seated in the freezer with the lid cracked, but it was on, and her legs were extremely cold.

She was taken to St. John Hospital, where police say she was unable to tell them why she was in the freezer or how long she had been in there.

"It was plugged in and functioning," said Tulsa police Cpl. Daisy Vallely. "We're not sure why she couldn't get out. There was evidence she was trying. There's evidence of that, but we don't know how she got in there or anything else.

Stewart said he believes she was using the freezer to protect her from a possible tornado.

"She thought bad weather was going to come," he said. "She told the neighbors she thought a tornado was coming and she got into the freezer and she couldn't get out."

Police had detectives look over the scene but don't suspect foul play.