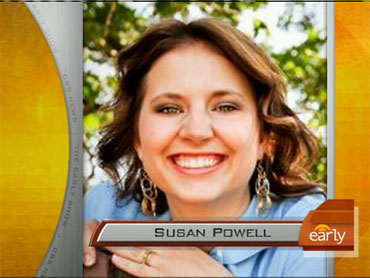 The husband of a 28-year-old woman who went missing a week ago without taking her purse or cell phone has retained an attorney.

Williams often represents high-profile defendants in criminal cases. Among his recent clients are Wanda Eileen Barzee, who has pleaded guilty to federal charges in the Elizabeth Smart kidnapping, and Christopher Jeppson, one of two men charged in the 1995 murder of Utah County teenager Kiplyn Davis.

Williams declined to say when he was retained and when Powell was going to be questioned again. Powell didn't show up Monday for what would have been his third police interview since his wife disappeared, authorities say.

Josh Powell told police last week that he left his wife and took his boys, ages 2 and 4, on a camping trip around 12:30 a.m. Dec. 7 in subfreezing temperatures.

Authorities were notified of possible trouble when neither Susan nor Josh reported to work and their children were not dropped off at daycare.

Police said Josh Powell told them that he and his children slept in a van and returned home about 5 p.m.

Police said they haven't been able to verify the camping trip because snow had covered the site - Simpson Springs on the historic Pony Express Trail in Utah's west desert.

Cox says he can understand why Josh Powell retained the attorney. "If it were me," he told substitute co-anchor Debbye Turner Bell, "and my wife were missing, and I had nothing to do with it, but all of a sudden I was the focus of this attention, I would probably feel threatened and I would probably feel I needed to find an attorney. So I don't think that really proves anything right now. ... So, I don't draw any conclusions from that."

West Valley City Police Capt. Tom McLachlan said the Powell home was locked when police arrived and they broke in, fearing the family had suffered from carbon monoxide poisoning. They found no signs of forced entry.

Investigators say they found a wet spot in the house being dried by two fans when they entered. McLachlan declined to comment.

But Cox told Bell, "When I first heard about that, I thought maybe the children had gotten sick or something. I didn't know. It's so easy to want to go and find out -- or solve the mysteries, but I don't think that's going to bring Susan home. I know the police are on top of that. So I prefer to let the police do the police work."

McLachlan said 30 detectives have been working on the case, fielding dozens of tips and leads.

"Some of them appear to be relatively informative, and some of them are pretty wild," he said.