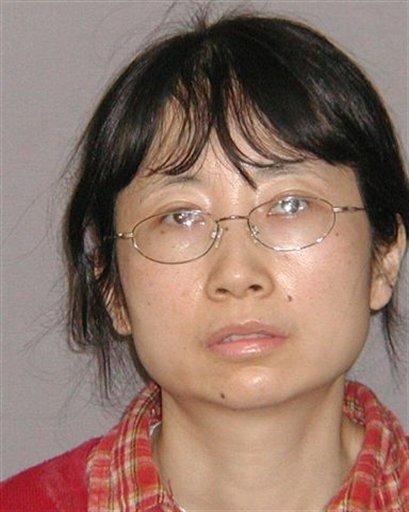 The discovery of a 10-year-old girl's body marked the first time since Indiana's Amber Alert system was started two years ago that the missing child being sought was found dead.

A state trooper found the body of Katlyn "Katie" Collman in a stream Sunday, five days after authorities say she apparently accepted a ride from a young man in a truck while returning home from running an errand.

The trooper found the body in a wooded area about a quarter of a mile off Interstate 65 about 15 miles north of Crothersville, state police Sgt. Jerry Goodin said.

Investigators were awaiting the results of an autopsy scheduled for Monday on the first homicide in 25 years in the town of about 1,500 people some 40 miles north of Louisville, Ky.

The alert was issued Thursday, two days after Collman, a fourth-grader at Crothersville Elementary, was last seen walking from a store about three blocks from her home after buying toilet paper, investigators said.

Crothersville Police Chief Norman Ford said he requested an alert Tuesday night but the case did not meet all the criteria. The alert was sent out once authorities had a description of the man seen with the girl and of the pickup truck a witness said he was driving.

Goodin said Indiana's 20 previous notifications under the Amber Alert system since March 2003 led to the missing children being found alive.

"This is the first Amber Alert that we've had in which we have brought home a dead person," Goodin said.

A friend of the girl's family said her father, John Neace, hoped authorities could find the person who killed her.

"His comment was that we now have Katie home, and it's time to look for the person who is responsible for this," said Terry Gray, an assistant fire chief at the Crothersville-Vernon Township Volunteer Fire Department.

The disappearance and death put an air of fear in the town, Gray said.

The girl's abduction shocked parents and children in the town.

"My kids - now that this has happened - they are not allowed outside, even in our yard, without me or their dad there," said Cheryl Baker, who was walking with her children several blocks from where Katie vanished. "They won't be allowed to do nothing unless they have us with them."

Police said they had leads, but did not release any more information. A $10,000 reward for information in the case remains offered.

A witness who saw the girl in the truck told police she looked like a normal passenger and was not trying to get out of the truck, Goodin said.