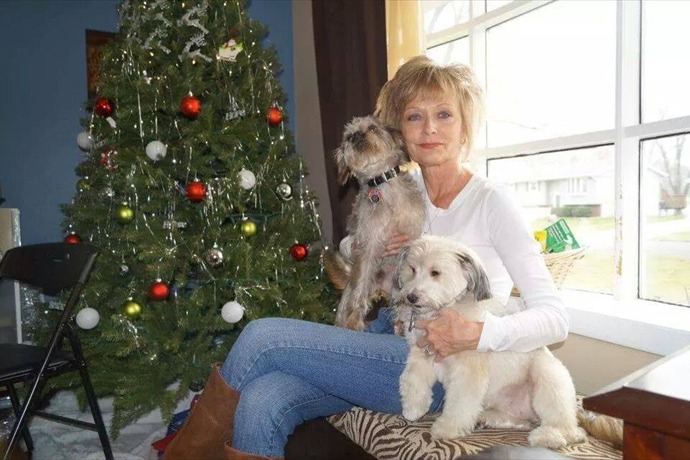 PEORIA, Ill. - Terri Anderson, a 56-year-old Illinois woman, has been missing since Sunday and her ex-husband, the last person known to have seen her, was arrested Monday on unrelated charges, reports CBS affiliate WMBD.

Daniel Wilson, 51, was arrested on multiple charges, including a charge of domestic abuse stemming from an April incident involving Anderson, according to the station. He also reportedly faces charges of forgery, unauthorized use of a credit card, burglary and theft.

He was released from jail Wednesday with a notice to appear on July 2.

Peoria Police Captain Mike Eddlemon told the Peoria Journal Star that the charges are not related to the disappearance of Anderson, but Eddlemon did acknowledge that the couple had a violent past.

"They're divorced. There were orders of protection and a history of domestic violence," Eddlemon reportedly said.

Wilson told police he saw Anderson Sunday when she showed up at his apartment to let him borrow her van. He said he drove her home and watched her walk towards her garage as he drove away, according to WMBD.

During their search Monday night, police found Anderson's phone along Route 8, a few miles from her home. Anderson's dog and purse were reportedly found in her home.

"She would never leave her dog. Her dog is her baby," Abbey Humbles, Anderson's sister, told the station.

Records reportedly show that Wilson has an extensive criminal history dating back to 1985. He has been arrested for domestic battery and aggravated domestic battery three times in the past year.

The Peoria Journal Star reports Anderson had twice filed orders of protection against Wilson in 2013, once before and once after filing for a divorce from him. The divorce was approved by a judge in February of this year, according to the paper.

In an order of protection filed in September 2013, Anderson reportedly said Wilson attacked her at her home, splitting her right eyebrow open after throwing her against his car.

She was granted the order of protection but later petitioned the court to dismiss it, saying she and Wilson were trying to work things out, according to the paper.

Authorities investigating Anderson's disappearance are asking anyone who saw a White 1995 Chevrolet van with the license plate number K876858 on Sunday night or anyone with information regarding the investigation to call police.