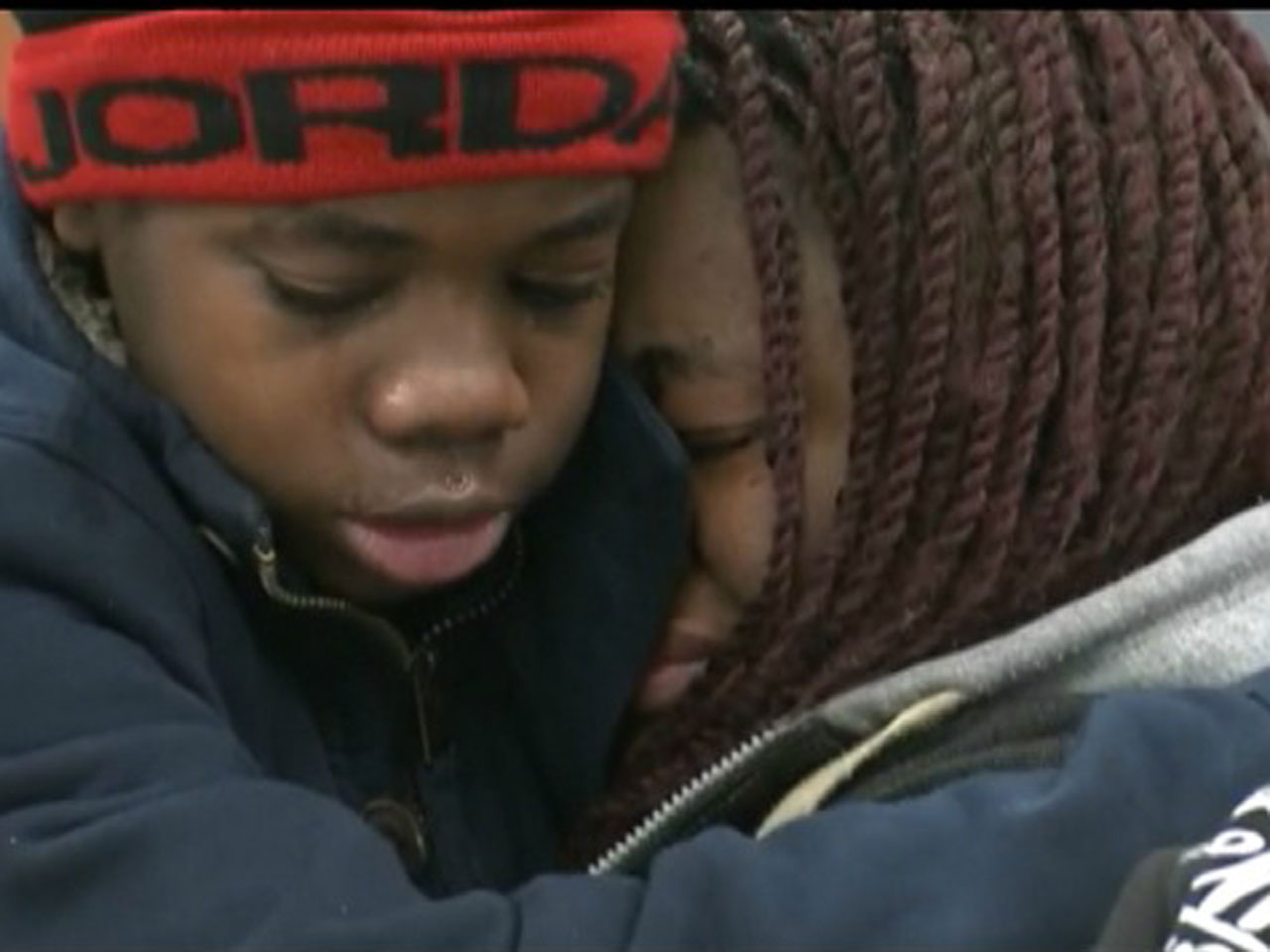 JONESBORO, Ga. - A 13-year-old boy used text messages and photos to help lead police to the small compartment behind an upstairs linen closet where he was being hidden inside his father's and stepmother's home in the Atlanta suburbs, authorities said Monday.

Clayton County Police Chief Gregory Porter said the boy's biological mother, who lives in Orlando, Florida, called her local 911 and was routed to the 911 center in Jonesboro just before 11 p.m. Friday. She told police her son was being abused at a home in Jonesboro and was being hidden in a garage. Porter said the boy's mother told police he had been missing for four years, and she had been trying to reunite with him during that time.

Those details and others in the case emerged during a press conference at Clayton County Police headquarters. Police declined to say whose phone the boy used, how he knew to contact his mother or which parent had legal custody of the boy. Porter said he didn't want to compromise the investigation.

Two officers who responded initially couldn't find the boy after searching and shouting out for him inside the garage. They left, but were told to go back by a supervisor, Porter said.

As police resumed their search shortly after midnight, the boy used an app to send his mother text messages, including a photo of the home's garage according to the initial police report. She then passed those updates to police, who continued questioning the other residents of the house and searching.

The boy's stepmother eventually directed officers to a closet on the home's third floor, according to the report, where Sgt. Joanne Southerland found a panel at the back wall.

She pushed it in, discovering the boy who looked "absolutely afraid," she told reporters on Monday. Southerland said she helped him out of the concealed compartment and calmed him down. She said the space where the boy had been hidden was bounded by the home's exterior siding, and he was enclosed within the wooden frame of the house and garage.

The boy then thanked officers for helping him, and later posed for photos with police while smiling widely.

The boy's 37-year-old birth father and 42-year-old stepmother face charges of false imprisonment, cruelty to children and obstruction. A message left for the attorney listed in jail records for the two adults was not returned late Monday.

The woman's three teenage children also were arrested, Porter said. Police said all five had denied knowing anything about another child living at the home, and the police report says they turned lights off and were slow to answer the door each time officers arrived.

The boy's father later told police he did have a 13-year-old son but he was in New York with a family member, according to the report.

Neighbors said the family appeared normal, and the 13-year-old often was seen outdoors. Porter said police have not found the boy was enrolled in public schools. It was not clear whether the mother had previously reported her son missing. Porter said he did not appear to be listed on any registries of missing children.

Julie Pizarro, who lives nearby, said the boy seemed quiet but she never thought anything was wrong. She said her own son even played with the boy a few times.

"And again there was nothing usual about the situation to me," Pizarro said. "You know, it just seemed like (it) was regular as apple pie ..."