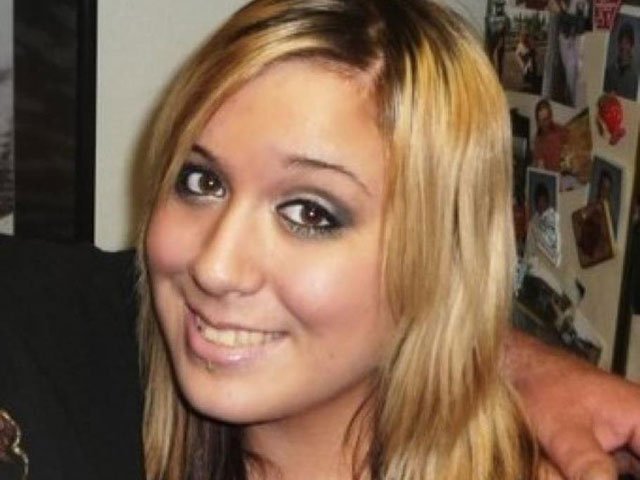 (CBS/AP) ANCHORAGE, Alaska - Samantha Koenig, 18, who police say was abducted at gunpoint from her espresso stand, had filed for a restraining order against a man.

Her father, James Koenig Jr., said Monday that she was too scared to show up for the hearing.

James Koenig said his daughter hadn't known the man for very long before she sought the restraining order in November. He said he was unsure if the man was still in Anchorage.

The investigation into the disappearance of the young barista is ongoing. Detectives released information that a surveillance camera had shown a man wearing a dark, hooded sweatshirt forcing Samantha Koenig to leave the shack with him on foot at about 8 p.m. Wednesday.

Police still do not know if the abduction was random or if the man in the video knew her.

"Our experience is usually these people are targeted in this type of situation," Anchorage Police Department spokesman Lt. Dave Parker said. Police are aware of Samantha Koenig's attempt to obtain the restraining order.

Robberies at Anchorage's dozens of coffee shacks do occur, Parker said, although he couldn't remember another case where someone was abducted from an espresso stand. These locations are where mostly young women work alone preparing coffee beverages.

James Koenig issued a call Monday for volunteers to go door-to-door with fliers. Twenty-thousand fliers have been handed out so far and more are being printed up daily, he said.