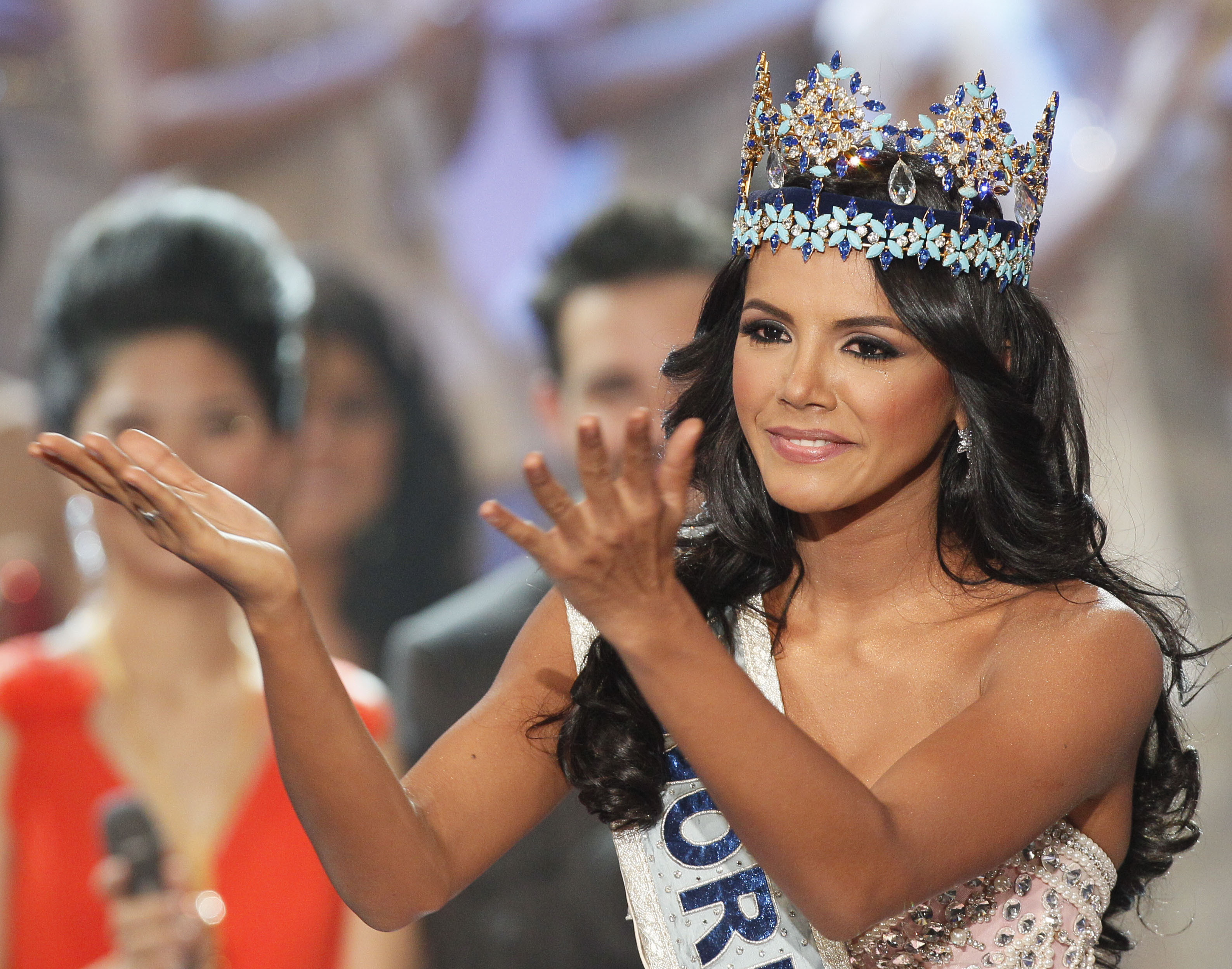 (CBS) This year's Miss World crown went to Ivian Sarcos, a 21-year-old human resources graduate from Venezuela. She received the honor at Sunday's competition at Earls Court in London, the city where the first Miss World was held in 1951.

According to the Miss World website, Sarcos currently works for a broadcasting company and heads up her own foundation to help children. Her hobbies include mountaineering and volleyball.

Sarcos said her "proudest moment" was when she did communion, adding, "All of my family were together that day so it is a moment I cherish deeply."

Sarcos, one of 13 children, beat 122 other contestants to take home the crown.

Miss World was broadcast live to more than 150 countries and viewed by a billion people, Reuters reports.

Outside the competition, though, a small group of demonstrators protested the event for what they called "appalling offense against women's equality."