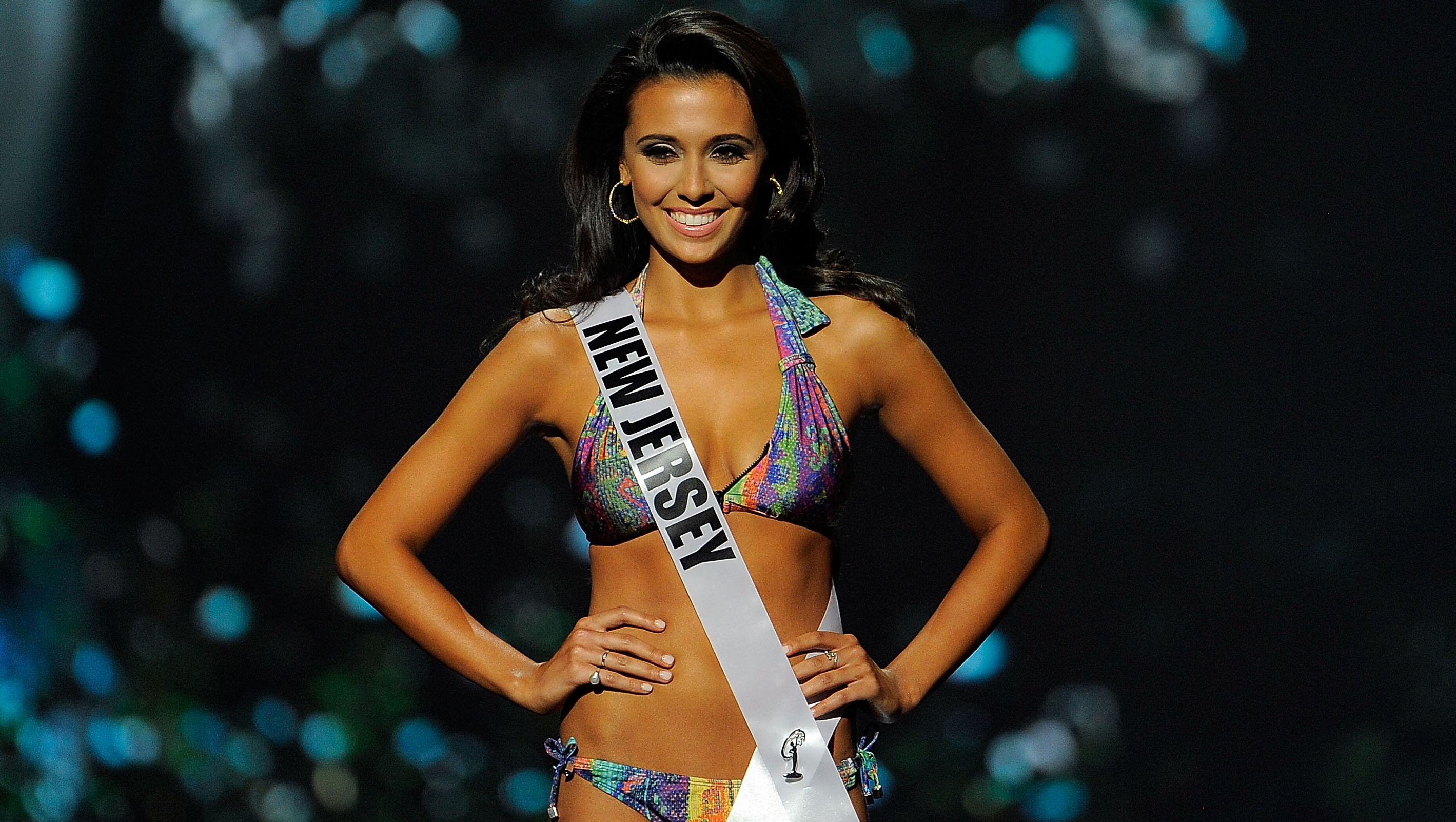 Beauty queens from every U.S. state and the District of Columbia are vying for the crown this weekend, each hoping to be the one named Miss USA.

Reigning queen Erin Brady, of South Glastonbury, Connecticut, is set to relinquish her crown Sunday evening when her successor is chosen during a three-hour telecast from the Baton Rouge Civic Center in Louisiana.

A field of 51 contestants will be trimmed to 15 after the broadcast opens at 8 p.m. EDT, based on competitions and interviews conducted in past days. Remaining contestants are to be judged in swimsuit, evening gown and interview competitions. The winner of the 63rd Miss USA title will represent the U.S. at the Miss Universe competition later this year.

Celebrity judges walked a red carpet in evening gowns and tuxedos before the start of the show, posing for pictures and talking about the qualities they would be looking for in the beauty they crown the winner.

"It's very important that she has confidence," said Barbara Palacios, Miss Universe 1986 and a coach and judge for the new Telemundo reality show, "Miss Latina Universo." "The right attitude and perseverance are also very important."

"It's all about the eyes," said Lance Bass of the pop singing boy group NSYNC. "I just want to see a girl that is just really having a good time up there."

Brady recently told The Associated Press that she has worked hard during her tenure to break stereotypes about pageants and the women who compete in them.

A graduate of Central Connecticut State University in finance, Brady said that after the end of her reign she plans to return to New York and pursue a job that can use her knowledge to serve a global market.

Contestants have been in Baton Rouge, Louisiana's capital city, for more than a week. During that time they have taken part in preliminaries and also done some sightseeing. They have visited the Louisiana governor's mansion, tasted local cuisine and relaxed by singing karaoke.