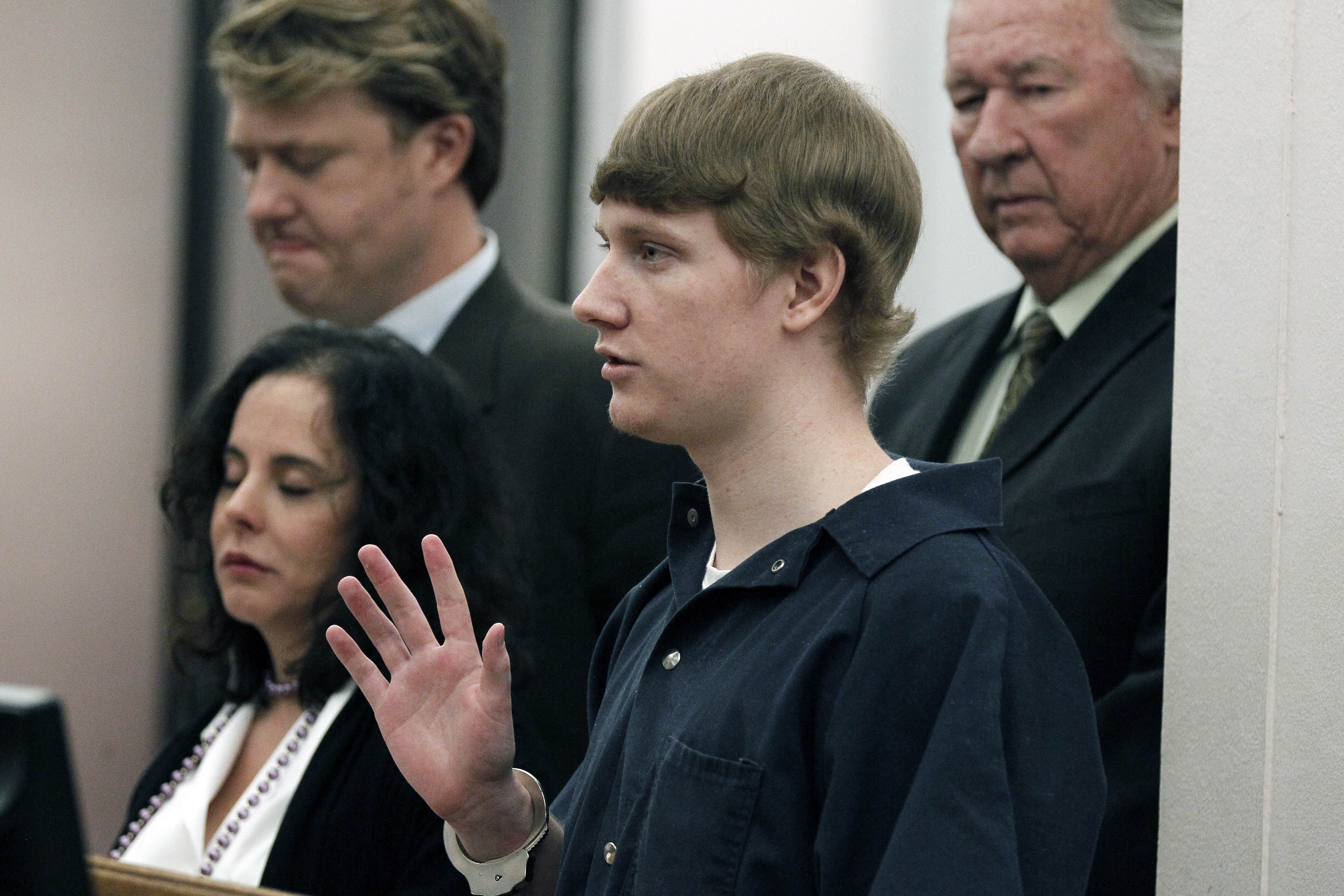 (AP) JACKSON, Miss. - A white Mississippi teenager has pleaded guilty to murder and committing a hate crime for running over a black man with his pickup truck, killing him.

Dedmon, 19, apologized to Anderson's family. "I do not ask y'all to forget, but I do ask y'all to forgive," he said in court just before he was sentenced by Hinds County Circuit Judge Jeff Weill Sr.

As members of his family and the victim's relatives wiped away tears, Demon said God has taught him not to see race and he is a changed man.

Another teenager, John Aaron Rice, is charged with simple assault in the case. Authorities said he left the scene before Anderson was killed. Rice has pleaded not guilty and is free on a $5,000 bond.

The case received widespread attention after a video of Anderson's death was obtained by news organizations, including The Associated Press.

The video, taken by a hotel surveillance camera, shows a white Jeep Cherokee in which Rice was allegedly a passenger leaving a hotel parking lot at 5:05 a.m. Less than 20 seconds later, a Ford truck backs up and then lunges forward. Anderson's shirt is illuminated in the headlights before he disappears under the vehicle next to the curb. Police said Dedmon was driving the truck and later bragged that he ran over Anderson, using a racial slur to describe him.

Dedmon was indicted for capital murder, which in Mississippi carries a sentence of death or life in prison without parole.

Anderson's family had asked prosecutors not to pursue the death penalty, saying they oppose capital punishment. Anderson's family has filed a wrongful death lawsuit against the seven teens, including two young girls who were allegedly in the truck with Dedmon.