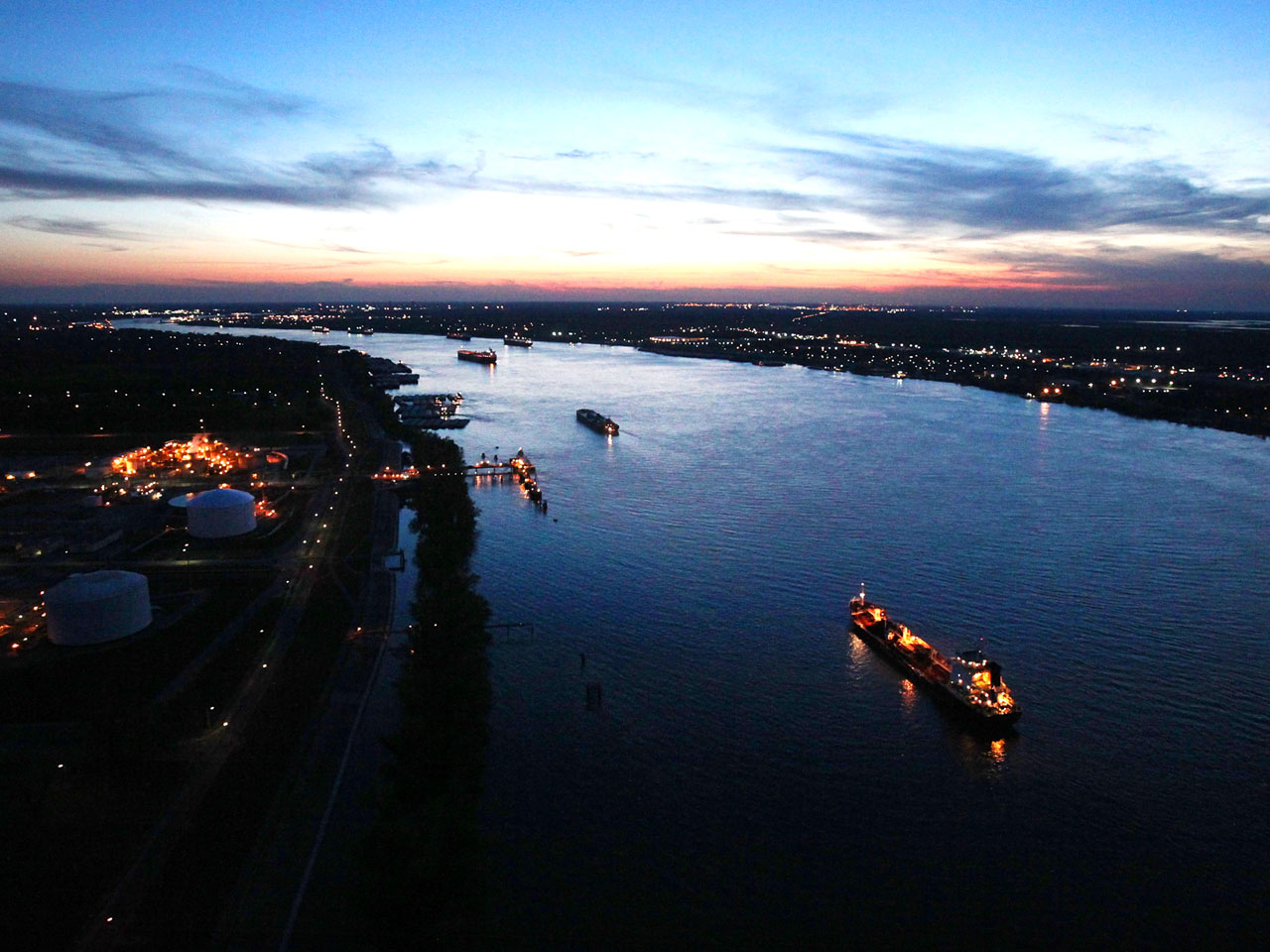 As Coast Guard debates closing the Miss. River and the Port of New Orleans - one of the nation's busiest - businesses hold their breath

As many as 25 barges broke loose near Baton Rouge today. Two of them hit a bridge before they could be secured. Another danger from the Mississippi River flooding looming late Saturday is the possible shutdown of the river as a waterway for shipping.

WWL-TV correspondent Maya Rodriguez reports that the costs would be staggering for closing down the big muddy river.

The Mississippi River is a vital lifeline of America's economy, but if it rises above 18.5 feet - two feet higher than it was on Saturday - the Coast Guard may have to shut down shipping traffic on the river. With 12,000 ships carrying 500-million tons of cargo annually and 700,000 cruise passengers, New Orleans is one of the busiest ports in the country.

"Every day that this river is closed, the detrimental economic consequence not to New Orleans but to the entire United States is $295 million a day and it grows exponentially after the fourth day," said Gary Lagrange, CEO of the Port of New Orleans.

The Mississippi was last closed in 2008 when a fuel barge and a tanker collided, spilling more than 400,000 gallons of fuel into the water. That cost the city of New Orleans an estimated $2 billion.

For now, the Coast Guard is monitoring the river levels closely in a makeshift command center.

"We are doing everything we can to try and keep all waterways open. But, we also understand that at certain points we've got to look at the safety of the mariners and the safety of the flood control structures," said Cmdr. Tim Wendt with the Coast Guard.

Parts of the Cumberland and Ohio rivers that flow into the Mississippi have already been closed to boat traffic.