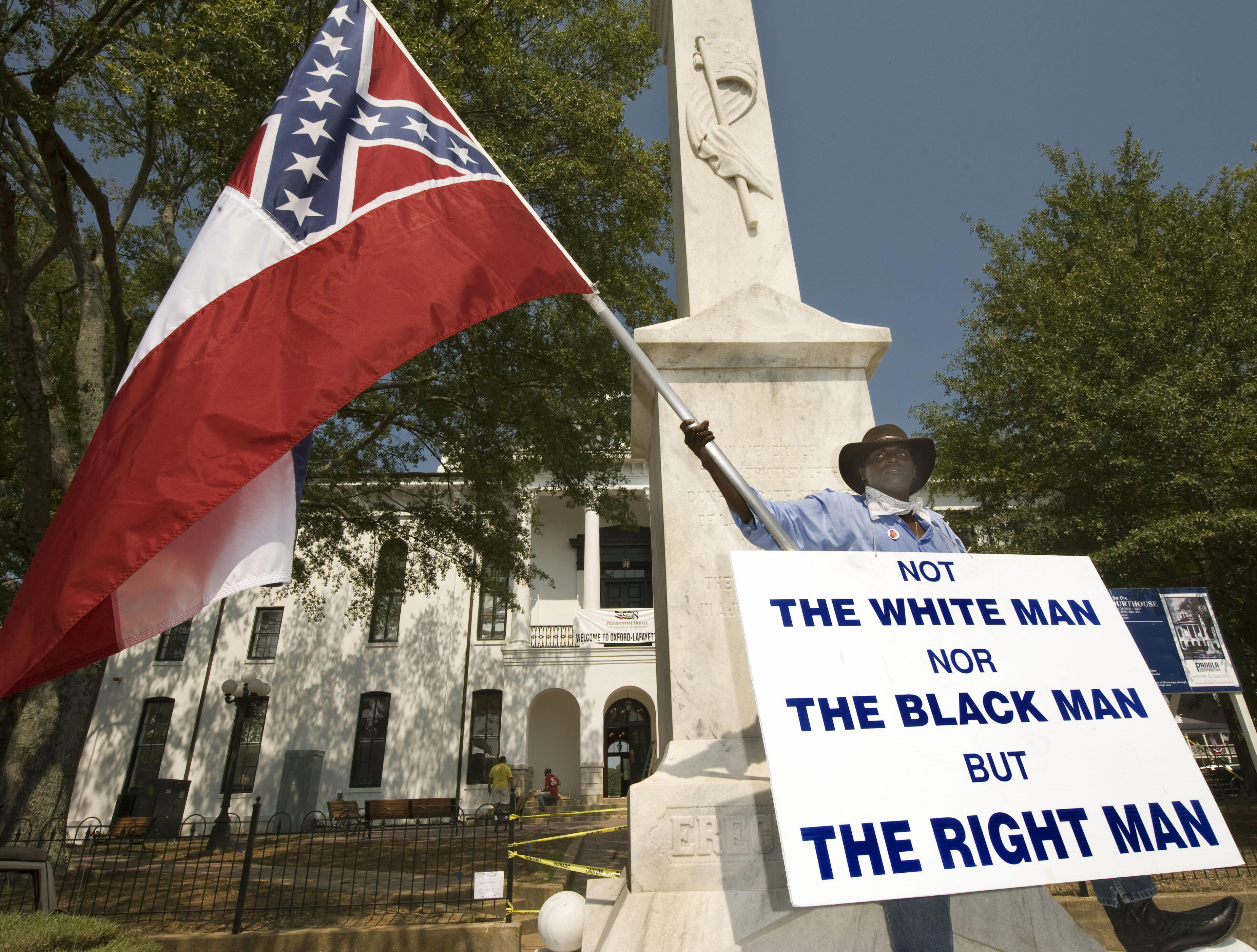 JACKSON, Miss. -- A top Mississippi lawmaker said Monday that the Confederate battle emblem is offensive and needs to be removed from the state flag.

House Speaker Philip Gunn became the first top-tier Republican to call for a change in the flag, which has had the Confederate symbol in the upper left corner since Reconstruction.

"We must always remember our past, but that does not mean we must let it define us," Gunn, a leader in his local Baptist church, said in a statement. "As a Christian, I believe our state's flag has become a point of offense that needs to be removed. We need to begin having conversations about changing Mississippi's flag."

Mississippi and Tennessee officials are grappling with whether to retain Old South symbols, even as South Carolina leaders are pushing to remove a Confederate battle flag that flies outside the statehouse there.

Mississippi voters decided by a 2-to-1 margin in 2001 to keep the state flag that has been used since 1894. It features the Confederate battle emblem - a blue X with 13 stars, over a red field.

Republican Gov. Phil Bryant on Monday repeated his long-held position that the state should keep the flag as is.

"A vast majority of Mississippians voted to keep the state's flag, and I don't believe the Mississippi Legislature will act to supersede the will of the people on this issue," Bryant said in a statement.

Democratic Sen. Kenny Wayne Jones of Canton, chairman of the Legislative Black Caucus, said the Confederate emblem is a "symbol of hatred" often associated with racial violence. Jones said the flag represents the power structure's resistance to change during the 1960s and '70s, when civil rights activists were pushing to dismantle segregation and expand voting rights.

"We should be constantly re-examining these types of stereotypes that label our state for what it used to be a long time ago," Jones told The Associated Press.

At the Tennessee Capitol in Nashville, a bust of Nathan Bedford Forrest, a Confederate general and an early Ku Klux Klan leader, has sat in an alcove outside the Senate chamber for decades.

Democratic and Republican leaders are calling for the bust to be removed. Craig Fitzhugh, the state House Democratic leader, said it should go to the archives or a museum and be replaced in the Capitol by a statue of Lois DeBerry, an African-American who became the first female speaker pro tempore of the Tennessee House. Women and minorities are underrepresented in government symbols, Fitzhugh wrote.

"We need to revisit what we have displayed in the Capitol so that it better represents a Tennessee for all of us," he wrote Monday.

Since the 2001 Mississippi election, bills that proposed changing the flag have gained no traction, with legislators saying voters settled the issue.

Russell Moore, a Mississippi native who serves as president of the Ethics and Religious Liberty Commission of the Southern Baptist Convention, wrote in his blog Friday that the Confederate flag - including the emblem on the Mississippi state flag - should be retired. He said its connection with the "great evil" of slavery makes it incompatible with Christianity.

"White Christians ought to think about what that flag says to our African-American brothers and sisters in Christ, especially in the aftermath of yet another act of white supremacist terrorism against them," Moore wrote. "The gospel frees us from scrapping for our 'heritage' at the expense of others."