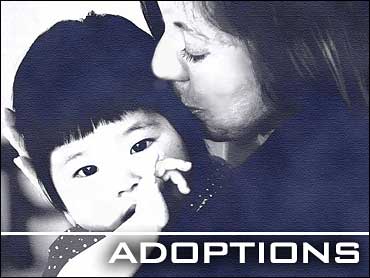 About 1.5 million American children were adopted in 2001, according to the U.S. Census. And, many more millions are related to someone who is adopted.

These facts highlight how common adoptions are, but there is still a lot that is misunderstood.

In last week's The Early Show Exploring Adoption series, the focus was on health considerations, and open adoptions as well as foreign adoptions. In the latest about adoptions,The Early Show broadens the scope to look at some of the myths and realities associated with the adoption process.

Adam Pertman, executive director of the Evan B. Donaldson Adoption Institute and author of "Adoption Nation," helps to separate the facts from the fiction.

Pertman said the adoption process has been secretive for most of American history.

"Women who got pregnant out of wedlock were stigmatized and children born to those women were called bastards and illegitimate and [that's] something we kept secret in our country," he explained. "Thank God, we're finally changing it."

Some of the stigmas, however, still linger. Pertman went through the following myths and misconceptions about adoptions:

Pertman says the right time to tell a child he or she is adopted depends on what's good for the family. But, he says it shouldn't be a secret.

"My favorite story is of a social worker friend who was asked by a couple, whom she handed a brand-new baby, and they whispered to her, 'When do we tell her she's adopted?' Why are they whispering in front of a five-day-old baby is another question. My friend says to them, 'On the way out.' And that is the right answer. We keep secrets of things we are ashamed of and embarrassed about. We should never be ashamed of our children or our families."

Birth mothers want to reclaim children or want to be anonymous.

Perman says those mothers can't be both.

"Women are not baby-making machines … they are loving women that make very difficult decisions," Perman explained. "They do want to know who their children end up with. And, they do want to see that their babies are OK and alive and well and thriving. The biggest trend in adoption today is openness about adoption."

Adoption is expensive, heart-breaking and time-consuming.

Perman says adoptions aren't painless, but then neither are fertility treatments or birth and labor.

"Adoption can be expensive," he says. "One chapter of my book is entitled 'The Money is the Problem.' I think it is the problem and we need to deal with it, but we have to have perspective and forming a family can take time. Every way of forming a family can be painful and have its difficulties. In adoption, we don't have miscarriage, we have other issues, but we have to have some perspective about our own lives and our own families."

Parents wanting to adopt should expect to invest time and money in the adoption process. An adoption is something you do not do over the phone within 24 hours.

The adoption process discriminates on the basis of age, marital status and sexual preference.

The process does discriminate too often, according to Perman, but it is changing.

"When we have a child, when we give birth to a child who has challenges, what do we say? 'Oh, my God, I'm not raising that one,'" Pertman asked. "We raise that one. One of the beauties of adoption out of the dark is we realize we can love all sorts of children."

He says adoption is about giving homes to children of all ages, which is happening more often.