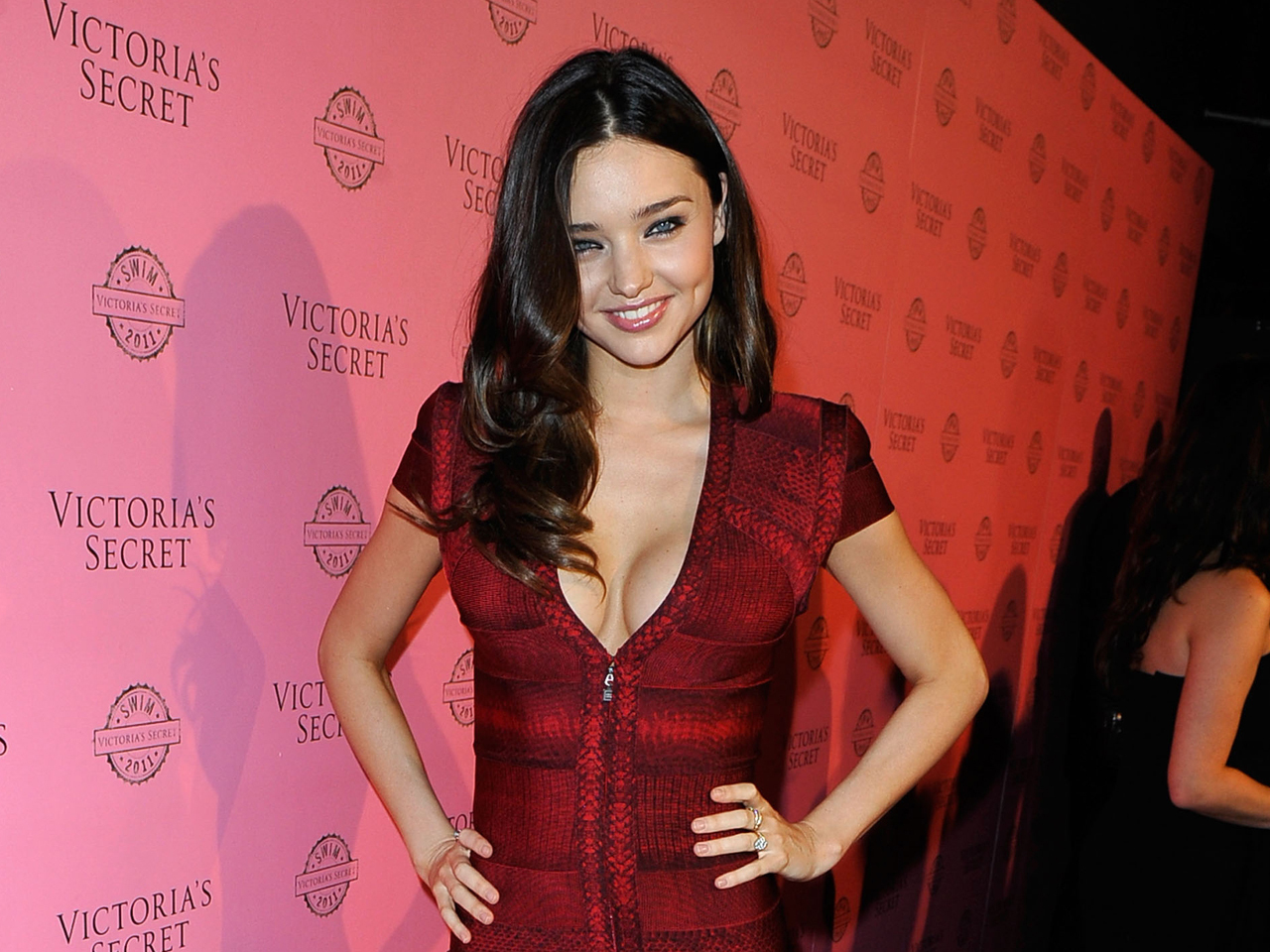 (CBS) - Three months after giving birth, Australian model Miranda Kerr is back at work and flaunting her svelte post-baby physique.

The 27-year-old, who welcomed son Flynn, with husband, actor Orlando Bloom, on Jan. 6, was spotted Sunday posing in a black bikini during a Victoria's Secret photo shoot in Malibu, Calif.

Kerr also turned heads last month when she stylishly showed off her post-baby body in a slimming, red Herve Leger by Max Azria dress while at the launch party of the lingerie label's 2011 swim collection in Los Angeles.

"I had a big baby. And I had him naturally," she said while at the event, according to People. "I'm really happy with him. It's just so magical and every day it just gets better and better!"