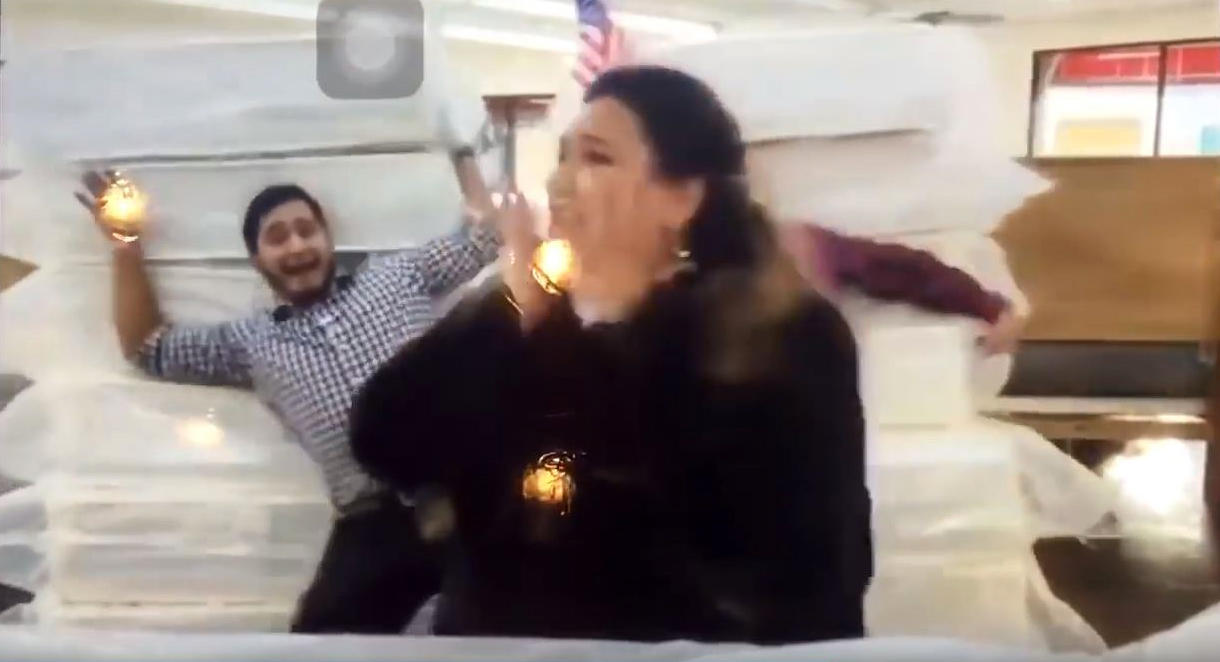 HOUSTON -- The owner of mattress company in Texas has apologized for a “tasteless” advertisement promoting a 9/11 anniversary sale featuring a woman screaming as two towers of mattresses fall to the ground.

On Friday, Bonanno announced that the store “will be closed indefinitely.”

“We will be silent through the 9/11 Anniversary to avoid any further distractions from a day of recognition and remembrance for the victims and their families,” Bonanno said in a news release. “We take full responsibility for our actions and sincerely regret the hurt and pain caused by this disrespectful advertising campaign.”

The video shows two men asking a woman about a “Twin Towers” sale. She opens her arms, pushing both men backward into two stacks of mattresses, knocking them over. She says: “We’ll never forget.”

Bonanno says those employees will be held accountable. He said he will be delivering a public statement next week to highlight the accountability actions taken within the company.

“There is very little we can do to take away the hurt we have caused, but we can begin with silence through the Anniversary and then do our best to follow up with actions that reflect the seriousness of our mistake,” he said in the statement.

It wasn’t the only instance this week of an ill-conceived marketing effort tying in to the upcoming 15th anniversary of the attacks.

Walmart this week said a display of Coke cans stacked to look like the World Trade Center wasn’t meant to be disrespectful and has been removed from a store in Florida.