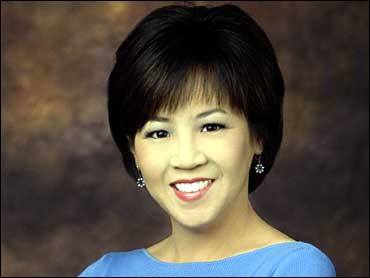 Women and minority reporters are becoming more visible on the broadcast network evening news programs, according to a study released Friday.

Women reported 29 percent of 12,179 stories on the ABC, CBS and NBC evening newscasts in 2002, according to the Washington-based Center for Media and Public Affairs. Minority reporters accounted for 14 percent of the stories.

Both were record highs in the CMPA study, which has been done annually since 1990. Minorities also reported 14 percent of the stories in 1999.

"Network news diversity is like the stock market — it goes up and down but up in the long run," said Robert Lichter, the center's president.

In the first year of the organization's study, women reported 13 percent of the stories and minorities 7 percent.

NBC's Andrea Mitchell was the most visible female reporter, seen on 123 evening news stories last year. ABC's Pierre Thomas and CBS' Byron Pitts were the only two blacks to crack the top 50 most visible reporters.

For the first time, two Asian-American reporters — CBS' Joie Chen and John Yang of ABC — made the list of top 50 busiest reporters, the organization said.

"Of all American institutions, journalism probably needs diversity the most, because journalists pass on their view of the world to the rest of us," Lichter said.