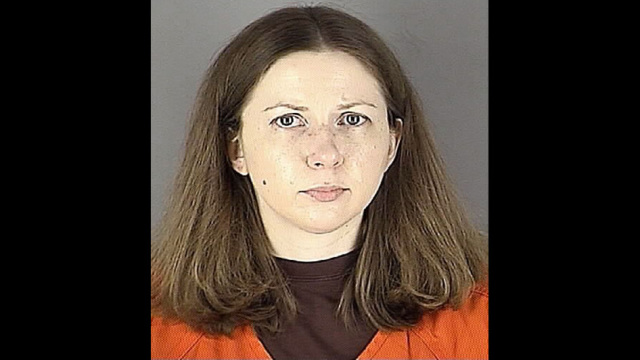 MINNEAPOLIS -- A suburban Minneapolis woman pleaded guilty to a stalking charge Tuesday after sending a threat to a family last fall telling them their children "look delicious," according to CBS Minnesota.

38-year-old Carrie Pernula pleaded guilty to one gross misdemeanor charge of stalking, according to the station. One count of misdemeanor disorderly conduct was dismissed.

The anonymous threat -- which only said "The children look delicious. May I have a taste?" -- was first sent in September by mail. Then, the family reportedly began receiving magazine subscriptions addressed to "Tasty Children."

Word of the threats spread quickly through social media and neighbors told CBS Minnesota that both they and the family were terrified.

Champlin police reportedly traced the magazines and arrested Pernula in October. Police said that she admitted to making the threats.

Investigators say that she was upset because the children made noise and left their belongings in her yard.

Pernula was granted a stay of adjudication, meaning the judge didn't accept the guilty plea despite one being entered, according to the station.

Once her probationary period ends next year, the offense will not be in her permanent record, reports CBS Minnesota. She is restricted from having any contact with the victims and is also required to undergo counseling.

She was also ordered to pay prosecution costs in the amount of $200, according to the station.