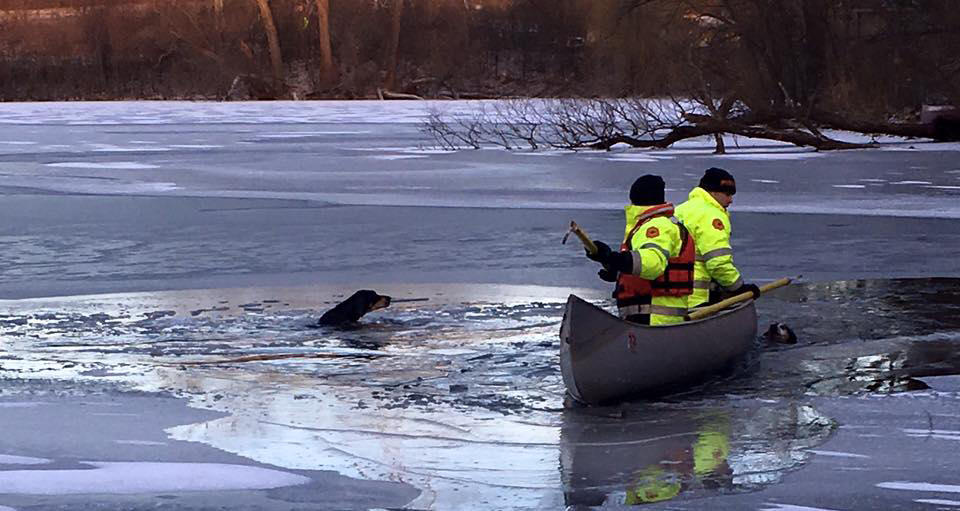 MINNEAPOLIS -- Authorities say two dogs had to be rescued Thursday morning after falling through the ice on a lake southeast of the Twin Cities, CBS station WCCO-TV reports.

Officials with the city of Eagan say the incident happened on East Thomas Lake. Pictures taken at the scene show two firefighters in a canoe on a portion of the lake that is open water. A majority of the lake appears to be frozen over.

Authorities say both dogs were rescued from the lake and were returned to their owners. It’s not known how they got to the lake, but both dogs are doing well.