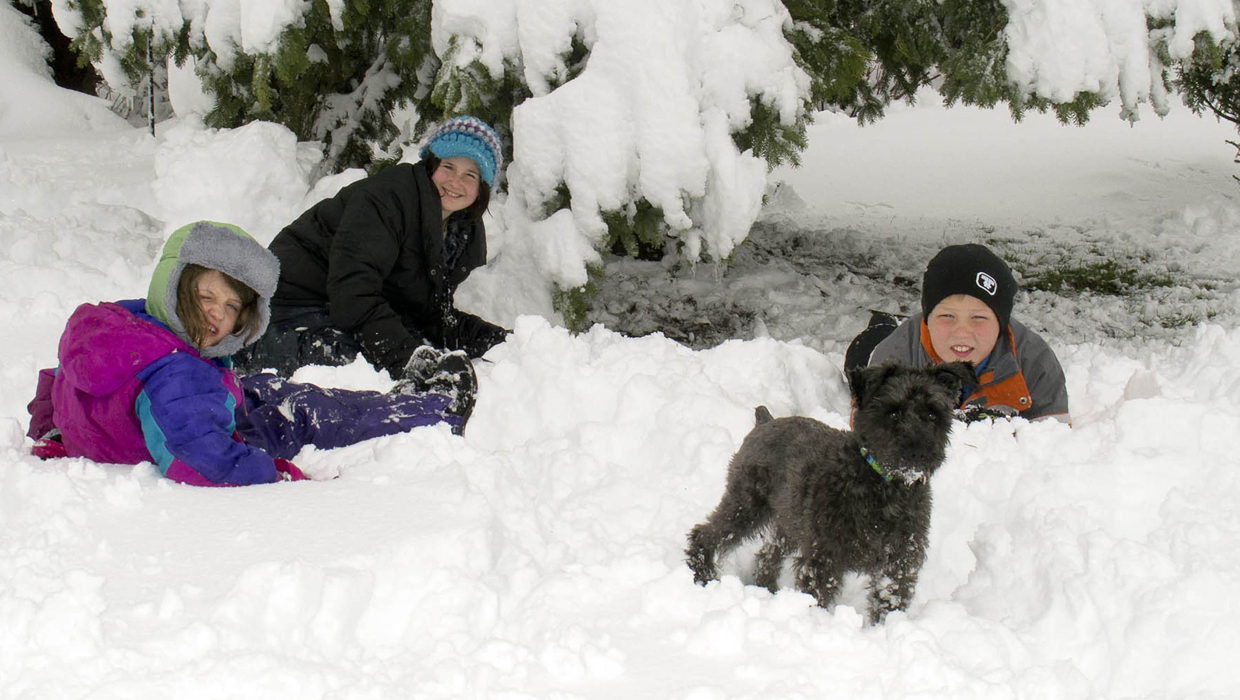 MINNEAPOLIS Schoolchildren in Minnesota and Wisconsin got a rare May snow day Thursday as a storm dropped up to 16 inches of sticky snow across a beleaguered region that was just starting to enjoy spring.

Bobbi Howe's daughters, 10-year-old Emma and 7-year-old Averie, stayed home in the southeastern Minnesota city of Owatonna, where 15.5 inches of snow made it hard for the family to open their front door. Owatonna was one of dozens of Minnesota and Wisconsin school districts that canceled classes for the day.

"I'm hoping they stay outside for most of the day and I'll just provide hot chocolate when they come in," Bobbi Howe said.

For Emma, the promise of a late spring snow day felt a little less like paradise.

"It's not cool," Emma said, adding that she was tired of winter and would rather be at school. "I don't like the snow right now."

Nancy Keller of Owatonna said her three kids were getting fed up with the endless winter, too. She said several of their tennis, soccer matches and field trips already have been postponed.

"They're getting tired of having things canceled," Keller said.

Such was the sentiment in other states that also got slammed by the two-day storm which dropped a wintry mix of snow and rain Wednesday from Oklahoma, Kansas, Colorado and Wyoming into Nebraska, South Dakota and Iowa. It delivered the first May snowfall in Sioux Falls, S.D., in 37 years, knocked out power to tens of thousands of homes and businesses in several states, forced the closure of major roads and was a factor in at least one fatal crash early Thursday in Wisconsin between two semis on Interstate 94 near Menomonie.

Ashland, in far northwestern Wisconsin, got over 16 inches before the storm moved on to Lake Superior. Hayward, Wis., got 15 inches and other Wisconsin communities including Baldwin, Barron, Ellsworth and Spring Valley got 14 inches.

State transportation officials recommended no unnecessary travel across a large swath of southeastern Minnesota and northwestern Wisconsin. Meanwhile, the Minneapolis weekend forecast includes rain, with highs in the 40s and 50s.

But that mild respite was little consolation for fourth-grader Allie Keller, Nancy Keller's 10-year-old daughter, who had her own reasons for being unhappy with Thursday's unexpected snow day in Owatonna: "I had good hair today, so I kind of wanted to go to school."