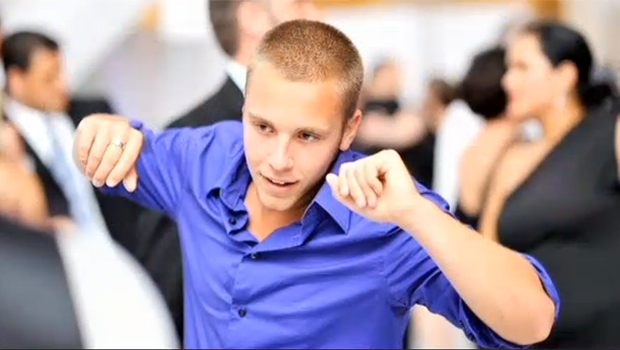 ST. CLOUD, Minn. -- After 17 months of waiting, a family finally learned how much time the man who killed their son will be in prison, reports CBS Minnesota.

A Stearns County judge sentenced 18-year-old Jesse Smithers to 10 years on Thursday. Smithers admitted to delivering a deadly punch in a St. Cloud alley almost a year and a half ago, when on Sept. 21, 2012, Colton Gleason was walking with friends when a car pulled up, and Smithers got out and punched him.

His father, John Gleason, says the pain, bitterness and hurt his family feels did not go away with the sentencing of the man responsible for his son’s death.

“We’ve been given a life sentence by this cowardice attack and murder of our son,” John said. “He’ll serve very few short years and he’ll be back out again, and our son is gone forever.”

John says his son was the victim of a deadly “knockout game.”

“This group was out there and their intentions were very clear. This is unprovoked. They stopped and they saw someone they thought they could victimize,” he said. “Colton didn’t have a chance to even turn and defend himself when somebody blind-sided punched him.”

Jesse Smithers was sentenced to 10 years behind bars for delivering the fatal punch. He originally entered a plea of not guilty, but changed it to 2nd-degree murder in Nov. 2013.

He apologized in court Thursday for what he called a “complete accident.” But Colton’s mother, Julie, disputes this claim.

“Somebody didn’t just run over and hit a car and provoke an attack,” Julie said. “This was an attack that was meant to happen.”

This tragedy has changed Gleason's family forever. All they have now are the memories of a 20-year-old that was loved by so many.

“He was just fun to be with all time, and he was always hugging and telling everyone he loved them,” she said.

If he doesn’t commit any offenses in prison, Smithers could be released in about five years.