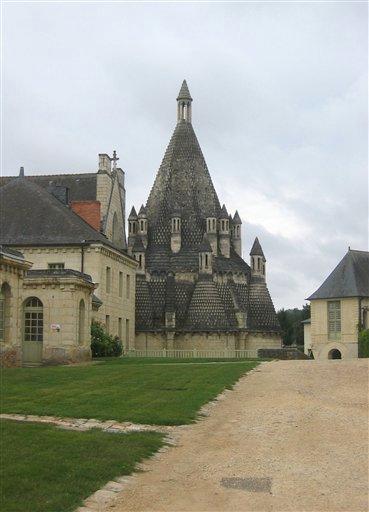 France's foreign minister described Yasser Arafat's condition Sunday as "very complex, very serious and stable," but did not give details about his exact state or diagnosis.

Asked about reports that the 75-year-old leader is in fact brain dead, Barnier replied: "I wouldn't say that."

Earlier Sunday, one of Arafat's senior aides denied Arafat was in a coma.

Israel has completed preparations for the ailing Yasser Arafat to be buried in the Gaza Strip, outlining plans to allow West Bank Palestinians to cross through Israel for the funeral and permitting enemy Arab leaders to attend, security officials said Sunday.

The decision, announced by Defense Minister Shaul Mofaz in a Cabinet meeting, was the latest development in the battle over Arafat's burial. With the Palestinian leader's condition increasingly dire, where to bury him has become a sensitive issue.

Palestinian leaders are to fly to Paris to consult with doctors about Yasser Arafat's condition, a senior official said Sunday.

Foreign Minister Nabil Shaath told The Associated Press that he would leave Monday for Paris with Prime Minister Ahmed Qureia or Mahmoud Abbas, Arafat's deputy in the Palestine Liberation Organization — and possibly both of them.

Qureia and Abbas have been coordinating efforts to prevent chaos and violence if Arafat dies.

Palestinian officials have said Arafat wants to be buried in Jerusalem. Israel rejects that demand, citing security concerns and fearing it would strengthen Palestinian claims to the traditionally Arab sector of the city as a future capital.

Israeli officials have suggested Gaza as an alternative, but say they will consider Palestinian wishes for burial elsewhere. They said they have not been contacted by the Palestinians.

Palestinian cabinet minister Saeb Erekat said it is inappropriate to discuss the burial issue while Arafat is alive. "I think it's not for the Israelis to decide and I would urge the Israelis to show some sensitivity," Erekat said.

Arafat, 75, remained in the intensive care unit of a French military hospital on Sunday, with new confusion about his condition. Palestinian officials have said in recent days that he is in a coma. But Nabil Abu Rdeneh, a senior Arafat aide, said Sunday he was not comatose, only "sleeping."

During Sunday's Cabinet meeting, Mofaz was quoted by fellow ministers as saying, "Israel has completed its preparations for Arafat to be buried in Gaza and is waiting for an official request by the Palestinians."

Arafat's clan, the Al-Kidwas, is originally from Gaza, though the Palestinian leader grew up in Jerusalem and Cairo. The family has a small plot of 25 to 30 graves in the southern Gaza town of Khan Younis. The overgrown patch is in the middle of a busy vegetable market and would not be considered appropriate.

Other burial options include a seaside plot next to his old headquarters in Gaza City, or Gaza City's "martyrs' cemetery" east of the city, close to Israel.

Israel's plans are based on the assumption that Arafat will be put to rest in Khan Younis, security officials said, speaking on condition of anonymity.

They said the plan would allow an undetermined number of West Bank Palestinians to cross through Israel in buses to the funeral. Officials said the army has already arranged to provide permits and transportation.

During the past four years of violence, it has been almost impossible for West Bank Palestinians to travel to the Gaza Strip.

They also said that leaders of Arab countries that don't have diplomatic relations with Israel — such as Libyan leader Moammar Gadhafi — will be allowed to fly to Gaza from Jordan.

The army will also ease travel restrictions within Gaza to allow Palestinians inside the coastal area to freely reach the funeral, the officials said.

The officials said security in Gaza would be left to Palestinian authorities. Securing such a funeral could be one of the greatest challenges to the Palestinian forces, which have been seriously weakened in the past four years.

During the Cabinet briefing, Mofaz said Israel is preparing for the possibility of violence after Arafat's death. But he said in Arafat's absence, the current Palestinian leadership is working to prevent violence.

On Saturday, Qureia met in Gaza with the heads of the 13 Palestinian factions, including Hamas and Islamic Jihad, in an effort to ensure calm in the post-Arafat era.

The leaders publicly called for unity and power-sharing after Arafat's death, though did not work out details. Qureia said the groups would meet again to discuss "restoring law and order and security control."

Ismail Haniyeh, a senior Hamas leader in Gaza, also met with Qureia, but it was unclear what the two discussed.

The participants said Qureia discussed politics, power-sharing and relations between the security forces and the rival — and sometimes warring — factions.

Hamas, the largest opposition party, has long resisted Qureia's calls for a cease-fire, refusing to halt suicide bombings and other attacks.

During Saturday's talks, Hamas said it was committed to Palestinian unity, but said it would like a formal role in Palestinian decision making.

In recent months, as Palestinian militants jockey for position ahead of a planned Israeli withdrawal from Gaza in 2005, gunmen and policemen have battled at times, leading to violent street fights in the already volatile coastal area.