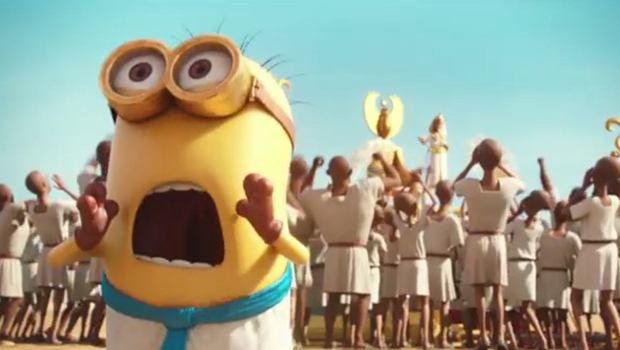 The first trailer for "Minions" is officially here, in all its yellow, bespectacled, nonsense-talking glory.

If you love the little guys from "Despicable Me" and "Despicable Me 2," you're in for a treat -- the clip, released Tuesday, traces the minions back long before they teamed up with Gru. Turns out they've been around for ages, always looking to serve the most villainous master they can find, whether that's a T-Rex, Dracula or an ancient Egyptian pharaoh.

But when they run into trouble keeping a master around, three of the minions -- named Kevin, Stuart and Bob -- set off on a journey to 1960s New York City to find a more permanent evil leader.

"Minions" will invade theaters on July 10, 2015. Watch the three-minute preview of it below: