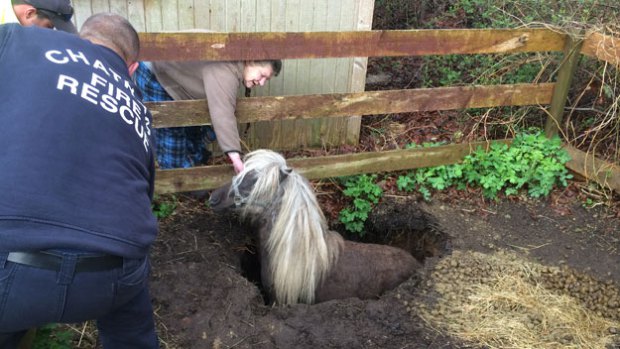 CHATHAM, Mass. - A miniature horse was rescued after getting stuck in a small sinkhole on Friday in South Chatham, reports CBS affiliate WBZ in Boston.

Around 6 a.m., someone found the 15-year-old horse trapped in a hole that was about three or four feet deep.

Officials believe the spot was an old septic system or cesspool that caved in.

Chatham firefighters were able to dig a ramp that allowed the mini horse to escape on its own.

The horse was described as being agitated, but it did not appear to be hurt.