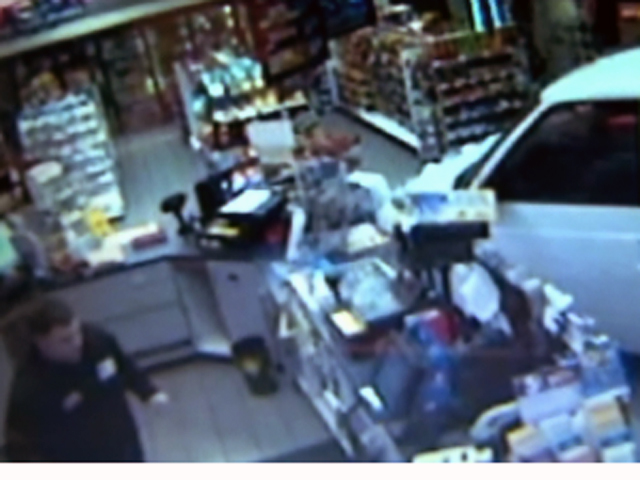 (CBS/KOIN) A white mini-van plowed into a convenience store in Portland, Ore., not once, but twice.

After the initial accident, the driver backed out slowly, almost cautiously, then pushed on the gas, slamming into the store's refrigerator.

Zacarias Serrano, the 33-year-old driver, then fled the scene and, according to police, tried to steal a nearby car by pulling a woman out of it.

Serrano was arrested and taken to a hospital for an evaluation, then he went straight to jail where he faces a number of charges, including a DUI.