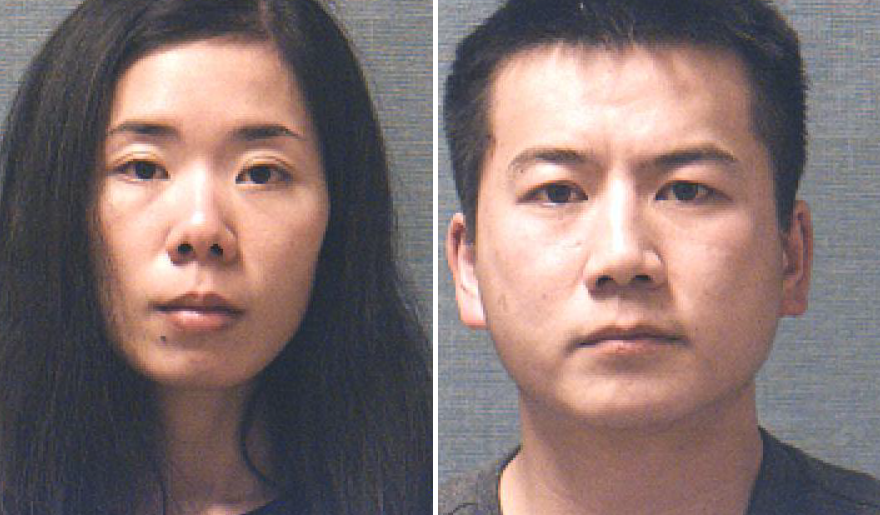 MASSILLON, Ohio - A Chinese woman charged with murder in the death of her 5-year-old daughter in Ohio isn’t a naturalized U.S. citizen and therefore might face deportation, authorities said.

Ashley Zhao’s parents reported her missing Monday; the five-year-old’s body was found hidden Tuesday at the family’s restaurant in North Canton after a daylong search, Jackson Township police said. They haven’t explained how the child was concealed.

They allege that the girl’s mother, 29-year-old Mingming Chen, struck Ashley in the face several times with her fist on Monday morning and that the girl’s father unsuccessfully tried to revive her and then helped conceal what happened after she died. He also has been charged in her death.

Chen also faces a felonious assault charge. Court records did not list an attorney for her as of Thursday.

Chen had applied for asylum in the United States in 2009 while claiming she was persecuted by the Chinese government as a follower of Falun Gong, a meditation practice outlawed by China’s government, and federal judges have twice denied her petitions to stay in the U.S., WEWS-TV reported.

The law director in Massillon, where the murder case is being handled before potentially being presented to a county grand jury, indicated that authorities were trying to sort out whether a deportation order was in place for Chen, WEWS reported.

Ashley’s father, 34-year-old Liang Zhao, a legal citizen, is charged with complicity to murder and complicity to commit felonious assault. He maintains his innocence, according to a statement from the office of his attorney, Jacob Will, who said it would be premature to discuss the facts of the case.

The parents said little during an initial court appearance Wednesday. They were jailed on $5 million bonds. A public defender representing them for that appearance told a judge that Chen likely will need a translator for court proceedings.

Zhao told the judge he has lived in the United States for over 20 years.

Relatives of Zhao declined to comment at court, The (Canton) Repository reported.

CBS affiliate WOIO reports that Chen and Zhao have a 6-year-old child who is now in protective custody with Stark County Children and Family Services.