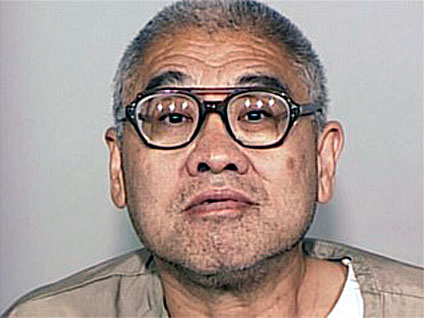 ANOKA, Minn. (CBS/WCCO/AP) What will Ming Sen Shiue do if he's released? After all, he attacked one survivor during his murder trial years ago.

It's the question that hovers over court proceedings this week for the man who has spent 30 years in prison for kidnapping a missionary and her 8-year-old daughter, and killing a 6-year-old witness.

Shiue was sentenced to 30 years to life on a federal kidnapping charge in 1980, and concurrently to 40 years on a separate state murder charge. He's becomes eligible for parole July 6.

The case of Ming Sen Shiue horrified Minnesota in 1980. He kidnapped Mary Stauffer and her daughter, Beth, from outside a beauty salon, and locked them in a closet in his Roseville home. He also killed Jason Wilkman, the 6-year-old playing in an Anoka County park who caught a glimpse of the Stauffers, when Shiue stopped to check on them in the trunk of his car.

Shiue long had been obsessed with Stauffer, who had been his ninth grade math teacher 15 years earlier, and repeatedly raped her during the seven weeks he held her captive, even videotaping some of his assaults. She eventually managed to escape while Shiue was at work, removing the hinge pins on the closet door, telephoning for help, then hiding with her daughter until deputies arrived.

As Stauffer testified against him during his 1981 murder trial, Shiue jumped up and slashed her face with a knife he had smuggled into the courtroom. It took 62 stitches to close her wound. And he vowed that when he was released from prison, he would find and kill her and her daughter.

Prosecutors are seeking to indefinitely commit Shiue, now 59, to the state's sex offender treatment program, arguing that he's still a dangerous sexual predator. He has not received any sex offender treatment in prison. A three day commitment hearing before Anoka County District Judge Jenny Walker Jasper began Monday. If she commits Shiue, he could spend the rest of his life in custody.

Shiue's court appointed attorney, Rick Mattox, said he won't discuss the case outside the courtroom. But during a pretrial hearing, he argued that Shiue could receive the help he needs in a less-restrictive environment than the state's sex offender program, from which nobody ever has been permanently released.

A July 2008 evaluation of Shiue by psychologist Paul Reitman from the El Reno prison in Oklahoma concluded that Shiue was attempting to cast himself in a favorable light, the county's commitment petition said. He demonstrated strong attachment and dependency needs, yet lacked the social skills to maintain a balanced intimate relationship. The results indicate a person who tries to deny his sexual problems and avoids change, Reitman wrote.

"All this concludes he is extremely dangerous," the petition said. "Shiue exhibits utter lack of power to control sexual impulses, refusal of treatment opportunities, lack of a relapse prevention plan, violence demonstrated towards his victims, obsession and compulsion, belief that no problem exists."

According to Reitman's evaluation, Shiue expressed remorse about his crimes, saying "I devastated (Mary), I ruined her life."

Stauffer and her husband, Irv Stauffer, are now retired. They had split most of their time since the kidnapping between the U.S. and the Philippines, where they worked as Baptist missionaries. While she's rarely granted media interviews, she has shared her experiences with church groups, focusing on how her faith helped them endure.

Stauffer has expressed some concern about what Shiue might do if he's released.

"I don't know that any human institution can ensure total safety," she told CBS affiliate WCCO.

Yet she and her family have reserved judgment on whether he's changed, citing their faith. She told the St. Paul Pioneer Press she didn't feel qualified to talk about whether he should be civilly committed, but she always felt bad that he didn't serve more time for killing Jason Wilkman.

"It would be a huge concern to the public if he isn't ready," she said. "It will just end up happening again."

L.A. sheriff's deputy charged with over 30 counts of sex crimes with kids