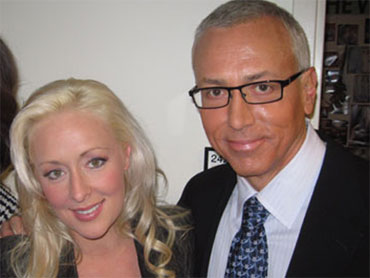 Country singer Mindy McCready has come close to death from her addition to unhealthy relationships to drug and alcohol abuse, but she credits VH1's "Celebrity Rehab" for saving her life and vehemently dismisses that it exploits people's problems for entertainment.

"I love them dearly and I know that their hearts are definitely all in the right place," she told CBSNews.com. "It saved my life; there's no doubt about it. I was meant to be on that show."

McCready terrified her season three "Rehab" co-stars when she suffered from a seizure while talking to her roommate Mackenzie Phillips. Despite media reports that claimed it was related to drug or alcohol abuse, she says it was caused by "a head injury from an ex-boyfriend" who "beat" her and it was left untreated for years.

After her health scare, she and Phillips (who suffered from drug addiction and was tormented from an incestuous relationship with her late father, Jon Phillips from "The Mamas & the Papas") became closer friends and still stay in touch to this day.

"Mac and I are going to be friends forever," McCready said. "We immediately bonded the first day I was there."

Like that of her "Rehab" co-stars, it has been an uphill battle for McCready.

The once-troubled singer says that she turned to drugs and alcohol to cope with her "co-dependency and addiction to unhealthy and bad relationships" (a diagnosis from "Celebrity Rehab"'s Dr. Drew), which further fueled the vicious cycle of domestic violence.

"When I would drink before it was because I was upset. It was because I was hurting and I was looking for some kind of a Band-Aid for emotional pain. I was trying to make myself go to sleep. I was just miserable, so broken and so empty and trying to fill it with that," she explained. "Now I don't have that issue anymore. I am not empty and I don't need to fill my life and my insides with something that is hurtful to me."

Sadly, not everyone ends up as lucky as McCready.

Dr. Drew told People magazine that he extended an invitation to the late actor Corey Haim to help him with his ongoing struggle with drug use, but that Haim never got back to him.

According to Dr. Drew, Haim "wasn't embracing treatment in any real way" and specifically told "Celebrity Rehab" producers that he didn't need help.

"He's dead. Do you need to know anything more?" Dr. Drew told People.

Many suffering from addiction - celebrity or not - may have traces of Haim or McCready, but regardless of whom they can relate to more, "Celebrity Rehab" has proven that the outcome can be tragically different.

McCready hopes she can help others through her experience.

"I feel that all of these things happened to me for a reason, and I think that the most significant and poignant reason is that I can tell my story," she said. "I can sit here and be honest and put myself out to there to the world and be vulnerable in front of everyone.

"And maybe there's somebody out there listening that hears me - and not just hears me, but really hears me because they are going through it and they can hear my story and stop what's going on in their life and change. And that means what has been going on in my life has been 100 percent worth it."

McCready performed "I'm Still Here," which brought her "Rehab" colleagues to tears. She wrote the lyrics to the song while serving sevens months of jail time in Williamson County, TN for prescription drug fraud.

In addition to the release of her CD, "I'm Still Here" on April 20 and a new book of the same name this summer, McCready will launch her own reality TV show where her attempt to become a female country music mogul will be documented (a name or network has not been announced). She will also soon regain custody of her son, Zander Ryan McCready.
By Melissa Castellanos