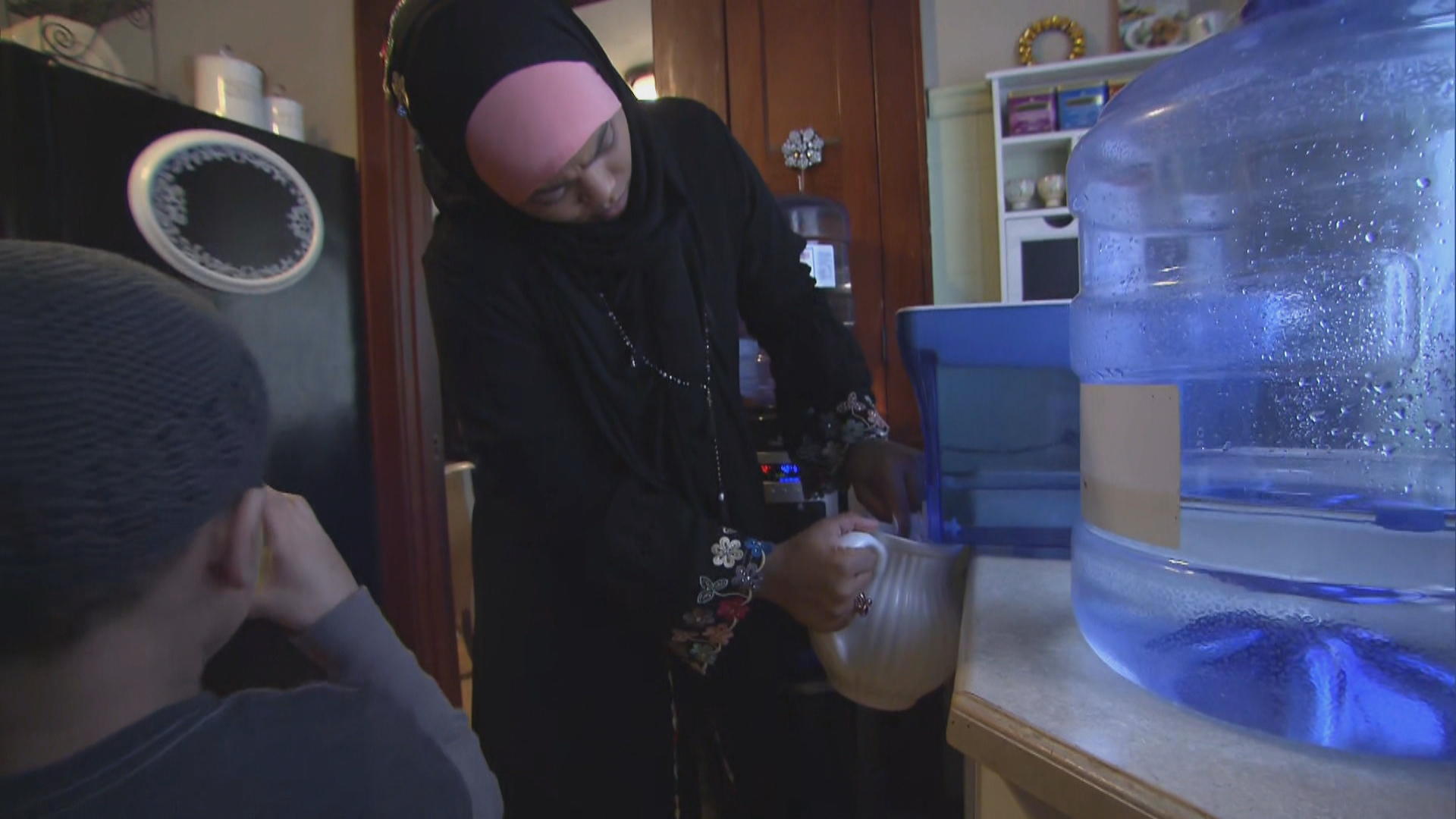 Parents in Milwaukee say city leaders aren't doing enough to protect their kids from lead. While the national average for lead poisoning is about three percent, more than 11 percent of Milwaukee's children in 2016 suffered from it. Wisconsin health officials are reviewing Milwaukee's lead prevention program after several reports highlighted deficiencies in keeping lead away from kids.

Milwaukee's mayor said lead from paint is the city's primary concern, since lead-based paint is in at least 100,000 homes. Some residents are also worried about lead pipes, even though the water is treated to keep the lead out, reports CBS News' Adriana Diaz. One of those residents is Aminah Al-Mujaahid, who painstakingly prepares water for her family, filtering it pitcher by pitcher.

Last year her youngest son Shu'aib had a blood lead level of 11.4 – more than double what is considered lead poisoning. Lead can affect IQ, and Aminah and her husband Nazir believe it's stunted their five-year-old son's brain development.

"In my assessment he's operating more on a three, three-and-a-half-year-old level," he said. "I'll say 'hey what's your name' or 'how old are you'….He'll look at you, he'll look at you like he's trying to decipher and figure it out."

Milwaukee health officials say lead from paint poses the greatest risk to local families, but the Al-Mujaahid's believe it's in their water after recently learning they have lead service lines, which supply water to their home. The city says its water meets federal lead standards and it's treated to prevent lead from leaching from the pipes.

Improperly treated water in Flint, Michigan, caused widespread lead contamination there three years ago. Up to 10 million homes nationwide still have lead service lines, even though Congress banned lead plumbing supplies more than 30 years ago. About 74,000 are in Milwaukee, where the city has a program to split the cost of replacing lead pipes with homeowners but so far only one percent has been done.

"Any time they touch the water, it's alarming for me because I'm thinking about the exposure, their lives are important to us and….But it's difficult to see the city, not care," Aminah said.

The family says they tried to get a free water filter under the city's lead program, but when they went, none were left. That fits in with a recent review of the city's lead prevention program ordered by the mayor, which found insufficient staffing, under-funding, and claims of mismanagement.

"Well, a big part of this we don't know the answer to," Milwaukee Mayor Tom Barrett said. "I was told by my staff, that we did not have the documentation that established with certainty that all the kids had received this letter. That was enough for me to say, well then we're gonna send out another reminder."

Wisconsin congresswoman Gwen Moore wants the federal government to investigate and has raised concerns over the funding and effectiveness of Milwaukee's lead removal programs.

"The problem is devastating," Moore said. "It's really important to have this independent audit done by the Centers for Disease Control."

Mayor Barrett is not against the idea of an audit by the CDC.

"I welcome the CDC, I welcome the housing and urban development. I think that over a couple-year period we didn't do what we needed to do. I want to get back to the basic blocking and tackling," Barrett said.

Aminah says her family has had to pay the price for the city's dysfunction.

"We're supposed to protect our children but I can't do anything with people that don't wanna meet us halfway. We had to do our own research and do what we can in our house and buy what we need to clean our water."

Shu'aib's blood level is now down from an 11.4 to a five. His family said they're looking for a specialist to help with developmental delays, but there are long wait lists. The city's health department did offer to test the water supply, but so far the city has not followed up.