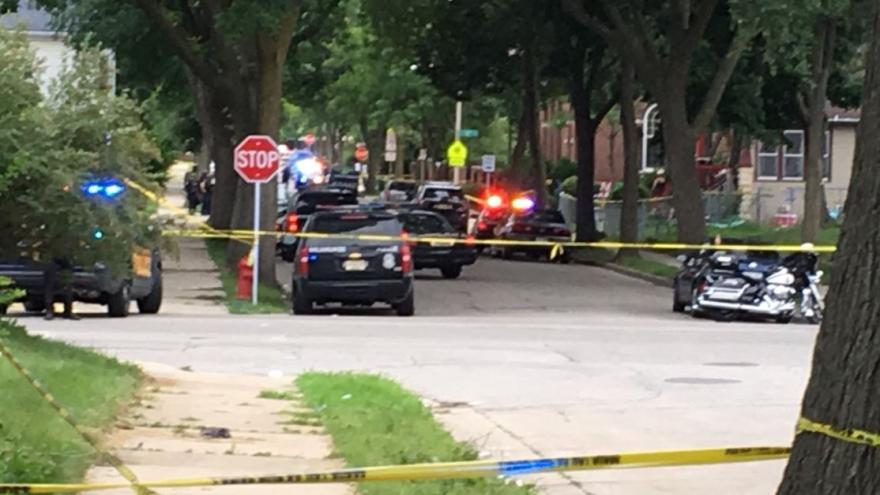 A Milwaukee police office was shot and killed Wednesday and the suspected shooter is in custody, Police Chief Alfonso Morales said. The officer was a 17-year police veteran.

CBS affiliate WDJT reports the suspect was wanted by police for drug and gun charges, and fired at police. There was an exchange of gunfire with the suspect, WDJT reports.

Milwaukee Mayor Tom Barrett commended the officers who were there during the incident for going into a dangerous situation.

One Milwaukee resident near the scene of the shooting told WDJT that the "city is devastated."

"My heart is broken," community activist Tracey Dent told WDJT. "My heart goes out to the Milwaukee Police Department. They're hurting, the city's hurting.

This is the second Milwaukee officer death in the line of duty in nearly two months. Another officer was killed when the squad car he was in crashed during a pursuit in June.

The death of the officer today is the first line of duty death involving a shooting since 1996 when Wendolyn Tanner died on Sept. 7, WDJT reports.