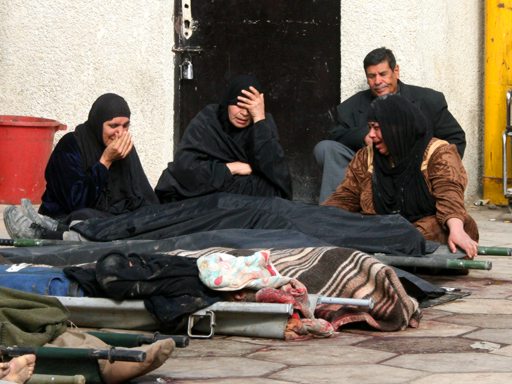 There are Serbs in Yugoslavia who hail Slobodan Milosevic as a savior.

It has been the outgoing Yugoslav president's outspoken goal to unite the Serb people in a single nation ever since his swift rise to power after the collapse of communism. Milosevic has used his rigid authoritarian rule almost exclusively to that end.

A master of propaganda and nationalistic rhetoric, he has forced his agenda by whipping up pride among Serbs and cruelly subjugating other ethnic groups, particularly Albanians in the province of Kosovo.

To outside observers of his ruthless tactics, he is a dictator in the model of Stalin and Hitler, favoring mass murder as official policy.

Political analyst David Pryce-Jones said during the conflict over Kosovo that Milosevic "is to the Balkans what Saddam Hussein is to the Middle East." He stands accused by the United States and the European Union of war crimes and other atrocities in the name of defending Serb honor and customs.

Milosevic was born in the industrial town of Pozarevac, Yugoslavia. Little is known about his formative years, except that his father, a Serbian Orthodox Church cleric, abandoned the family and killed himself when his two sons were still children. Milosevic's mother also committed suicide, as did an uncle.

A law student at Belgrade University, Milosevic graduated in 1964 and moved up the career ladder, holding various positions until in 1983 when he was appointed director of Beobanka, one of the major state-run banks.

He married a professor of Marxism, Mirjana Markovic, who is said to have been an enormous influence on his ideology as an ardent communist. They have two children - daughter Marija, 35, who runs a radio and television station, and son Marko, 26, a disco owner and race car enthusiast with rumored business ties with the underworld.

Milosevic entered the communist hierarchy by manipulating influence and funds he procured in the banking industry. After the death of Marshall Tito in the early 1980s, he exploited the political chaos and rose to the presidency by launching a fierce nationalist campaign in Kosovo, a historically Serbian territory that had become overwhelmingly Albanian under Tito.

Milosevic stirred up near hysteria among Serbs throughout Yugoslavia, promising to restore Serbian prestige and power. His propaganda campaign invented tales of rape, murder and plunder by Islamic Albanians, bringing simmerin resentments to a boil. Before long a near-police state was imposed in Kosovo.

Similarly, Milosevic justified aggression in the regions of Croatia and Slovenia by painting the people there as oppressors and exploiters of Serbs. In Bosnia, his propaganda outlets portrayed Muslims as fanatics seeking a European toehold for Islamic fundamentalism.

The repression of his enemies was unrelenting and cruel, particularly toward the Albanians, who bear the brunt of his "ethnic cleansing" campaign in Kosovo. There are estimates of over 100,000 dead and millions of refugees.

In all the conflicts, his message has been the same: The world is united against Serbia and Serbs must resist.

As a president, Milosevic was considered calculating and cunning. He is a master tactician and can be a convincing diplomat. More than anything though, say his critics, Milosevic is power-hungry. That, combined with what may be an obsession with martyrdom, makes for his brutal and uncompromising resolve.

For more than a decade he exploited legal loopholes to remain in power. Prevented by the constitution from another term as president of Serbia, Milosevic simply switched offices, becoming the president of Yugoslavia — which includes Serbia and Montenegro — in 1997 and endowing that previously weak position with unlimited authority.

When his term in office was about to expire, he changed the constitution in July, 2000, to have Yugoslav presidents elected by popular vote for up to two, four-year terms.

During the late September 2000 elections for his office, Milosevic faced intense opposition from a coalition of 18 political groups, whose leader Vojislav Kostunica declared an outright victory on the Monday morning following election day.

But once again, Milosevic claimed his own victory, hinting at election fraud and signaling another possible obstacle toward democracy in the fractured Balkan country.

"The only thing he cannot imagine is to see himself as a retired president," said Aleksandar Tijanic, who served under Milosevic in 1996.

But that's exactly what he may become. On Oct. 6, he conceded the presidency after massive demonstrations against his government and a court ruling that Kostunica had won the presidential poll, or election, on Sept. 24.

Questions abound as to what Milosevic's next step will be. Some press Kostunica to extradite him to The Hague, where he stands accused in an international court of committing war crimes, but Kostunica has refused.

Others say he will not stay out of power for long, and, as the leader of his country's largest political party, will enjoy a position of prominence in Yugoslavia's political scene. International pressure to keep him out-of-sight may hinder that, however.

His words upon conceding electoral defeat suggested a sunny sort of quasi-retirement followed by a return to politics.

"I intend to rest a bit and spend some more time with my family and especally with my grandson Marko and after that to help my party gain force and contribute to future prosperity," he said.