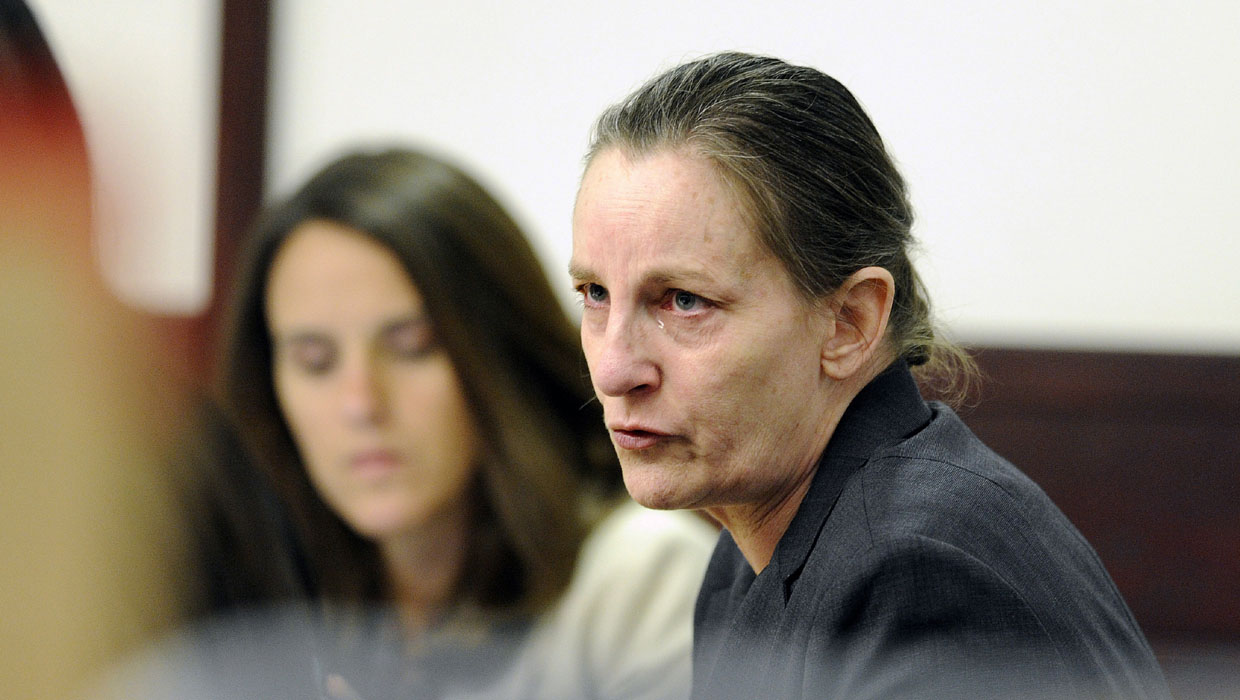 TAMPA, Fla. - Julie Schenecker was a sick, troubled member of an all-American family, her defense attorney said as the military wife's murder trial began Monday, but prosecutors told jurors that the woman planned a "Saturday massacre" and wrote coldly in her journal about how she "offed" her two teenage children.

Schenecker, a 53-year-old former Army linguist, has pleaded not guilty by reason of insanity to two counts of first-degree murder. Police say Schenecker fatally shot Calyx, 16, and Beau, 13, in January 2011 while then-husband Parker Schenecker was deployed overseas. The two have since divorced, and he is expected to be a witness for the defense.

In opening statements, prosecutor Stephen Udagawa told the jury that Schenecker detailed the slayings in her journal.

She wrote of taking her son to soccer practice and making her daughter's favorite chicken dinner. She also detailed some family problems, how Calyx called her "pathetic" and an "evil soul." Both kids had "sassy mouths," she wrote.

On Jan. 22, 2011, Schenecker bought a .38-caliber handgun. She lamented the three-day wait for a background check in her journal, and when she acquired the gun, she bought hollow point bullets, prosecutors said.

"I was planning on a Saturday massacre," she wrote.

On the way to soccer practice in the family minivan, she shot Beau twice, investigators found - once in the side of the head and once in his mouth, Udagawa told jurors.

She turned around, drove home and parked in the garage. Schenecker approached Calyx from behind and shot her once in the head and once in the mouth, Udagawa said.

In her journal, Schenecker addressed her husband, writing that he was lucky he wasn't in the house, prosecutors said. "I might have taken you out, too," she wrote.

Schenecker had planned to kill herself, too, and told detectives after her arrest, "This is the worst thing I've ever done," Udagawa said.

Schenecker put Calyx's body in bed and covered her up to "tuck her in," Spradley said. She tried to move Beau's body from the minivan but couldn't, so she covered him with a blanket, according to the attorney.

The Scheneckers were "an all-American family with a sick member," Spradley said. Schenecker was severely depressed and had been hospitalized for bipolar disorder, the attorney said, also claiming Schenecker was molested as a child, at age 6 and again at 17.

The defense plans to present experts and doctors as witnesses.

Prosecutors began calling their first witnesses after opening statements, including a Tampa police officer who found Schenecker at home, covered in blood.

Schenecker's family and her husband's family were in court, and ex-husband Parker Schenecker spoke briefly to reporters.

"Today, for the next couple of weeks the focus really is on hearing Calyx and Beau's voices," he said.