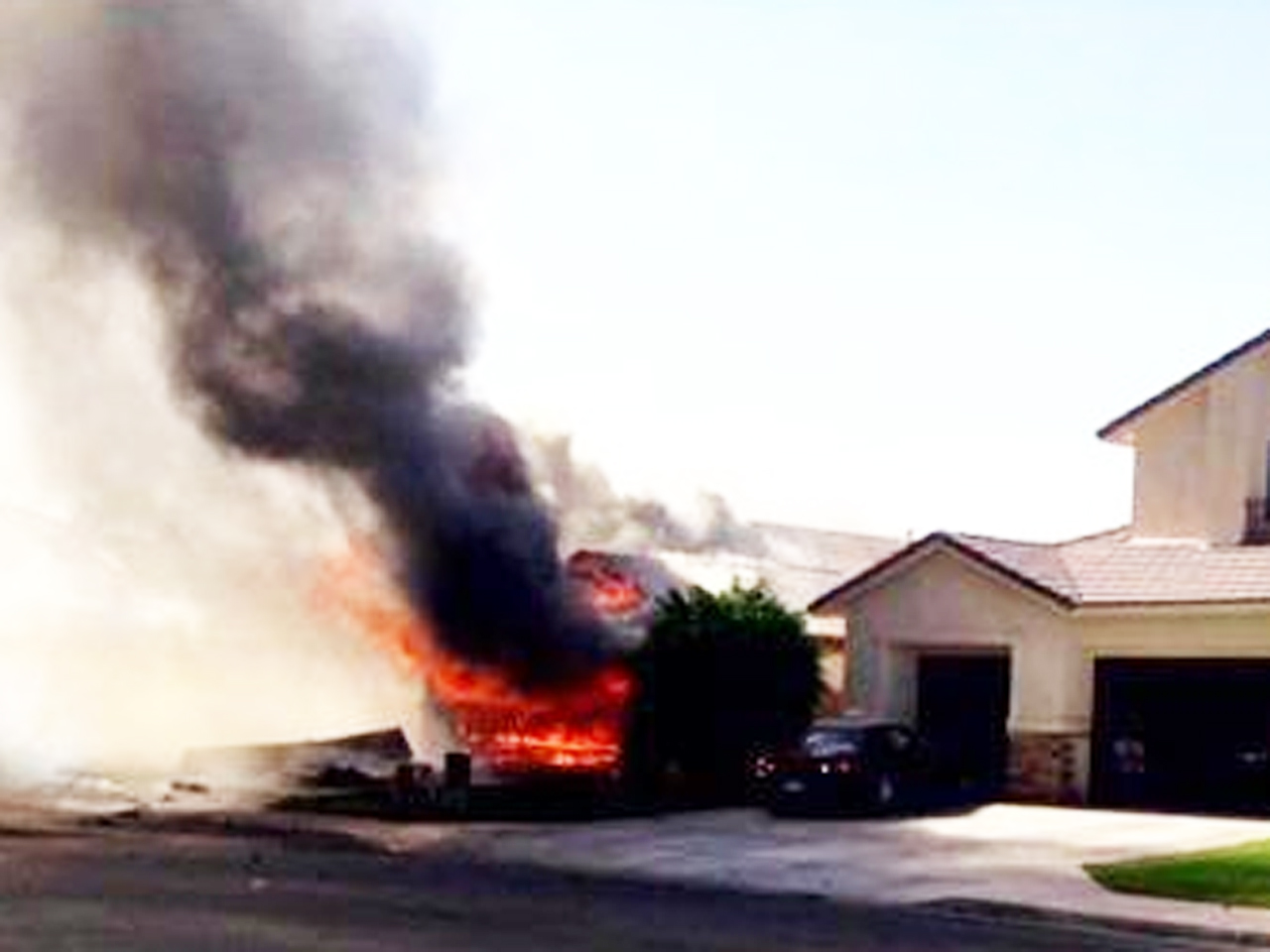 IMPERIAL, Calif. -- A Marine jet crashed into a residential area in a Southern California desert community Wednesday, hitting at least one house and setting at least two on fire, but no one was injured, authorities said.

Despite the explosive crash into a row of tightly spaced houses, 1st Lt. Jose Negrete said no people on the ground were hurt. The pilot had ejected safely and was taken to a hospital only for evaluation, Negrete said.

The house that suffered the brunt of the damage had a missing roof but still had walls and windows intact.

Christopher Garcia, 11, was watching television two blocks away with his father and brother when he heard an explosion that "felt like an earthquake." He hurried outside to see a pilot parachuting into a field about 200 yards from the crash.

"A mushroom cloud of black and red smoke" rose above the house with the collapsed roof, he said. The garage of the house next door was on fire.

He saw a woman crying outside saying, "That's my house!"

A witness told CBS San Diego affiliate KFMB-TV there was heavy black and gray smoke where the jet crashed.

Adriana Ramos, 45, whose home is less than a block from the crash, said her "whole house moved."

"It felt like a bomb was thrown in the backyard," Ramos said.

Ramos fled with her 4-year-old granddaughter and 10-year-old daughter, who both cried at the sight outside.

Another witness, Jose Santos, was driving nearby and saw the plane flying "really low." Then "it just fell down," he said.

Santos sped toward the crash site. On the way, he saw the pilot on the ground.

"He didn't look like he was injured. He was rolling from side to side," and a police officer and others were helping him, Santos said.

At the crash site, there was chaos as people ran in every direction, he said. The two homes were on fire and it was unclear if anyone was inside.

This was the second crash in a month of a Harrier jet from the Yuma air base.

On May 9, a pilot was able to eject safely before his jet crashed in a remote desert area near the Gila River Indian Community, south of Phoenix. No one was injured.

And in July, 2012 another AV-8B Harrier crashed in an unpopulated area 15 miles from the air base, which is among the busiest in the world for the Marine Corps and is used it to train military aviators from around the nation.