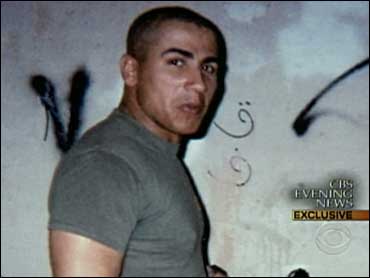 About a year ago, CBS News reported on the story of a Marine, Carmelo Rodriguez, who died of skin cancer that military doctors noticed but left untreated.

Rodriguez's family cannot sue the government for malpractice - the law won't let them. A year later, CBS News chief national correspondent Byron Pitts has a follow-up on our exclusive investigation.

Today the Rodriguez family from upstate New York came to Washington for the very first time.

Yvette Rodriguez, sister of the fallen Marine Corps sergeant, and her family were there to keep a promise.

They were here to keep a promise to their brother.

CBS News was invited to the Rodriguez home 15 months ago when Carmelo's family was standing vigil at his bedside.

They told us the story of a strong and healthy platoon leader in Iraq. They say a military doctor there misdiagnosed the sergeant's skin cancer, calling it instead "a wart."

But CBS News obtained Rodriguez's medical report from 10 years earlier when a military doctor had noted his skin as "abnormal." In further details, he describes it as a "melanoma" on the right buttocks. But doctors did not inform Rodriguez of the condition nor did they recommend any follow up.

Eight years later, the melanoma had spread. By time CBS News met Sgt. Rodriguez, the once fit, gung-ho Marine had lost nearly 100 pounds. As we were preparing to interview him, he died.

Read Byron Pitts' original report on Carmelo Rodriguez.
Find out more about how Pitts reported this story at Couric & Co.
voice heard on this issue.

His death sparked a rush of e-mails, letters and calls to CBS News and members of Congress. Due to what's known as the Feres Doctrine, Rodriguez's family, including his 8-year-old son, cannot sue the military for medical malpractice.

The Feres Doctrine, a 1950 Supreme Court ruling, forbids active-duty military personnel and their families from suing the federal government for injuries incidental to their service. In other words, unlike every other U.S. citizen, people in the military cannot sue the federal government for medical malpractice. One argument - that allowing the lawsuits would disrupt military order and discipline.

"This bill is about holding our military accountable for its actions" Hinchey said on the floor of Congress last summer.

Still, the Feres Doctrine has its supporters, like Maj. Gen. John Altenburg, Jr. (Ret.). He said the doctrine should remain in place but added, "What should happen for people like Staff Sgt. Rodriguez and his family and others similarly situated is that the benefits system that we do have should be greatly enhanced."

The key testimony of the day came from Yvette Rodriguez.

"Carmelo wanted his story to be heard, even if his life couldn't be saved," she said. "He wanted to ensure that what happened to him could not happen to another service member."

Today's hearing was just the latest step in a long legislative progress. It could be months before the Carmelo Rodriguez bill ever reaches the floor of Congress for a vote. In nearly 60 years, no one has ever successfully challenged the Feres Doctrine. But no ever made it this far either.