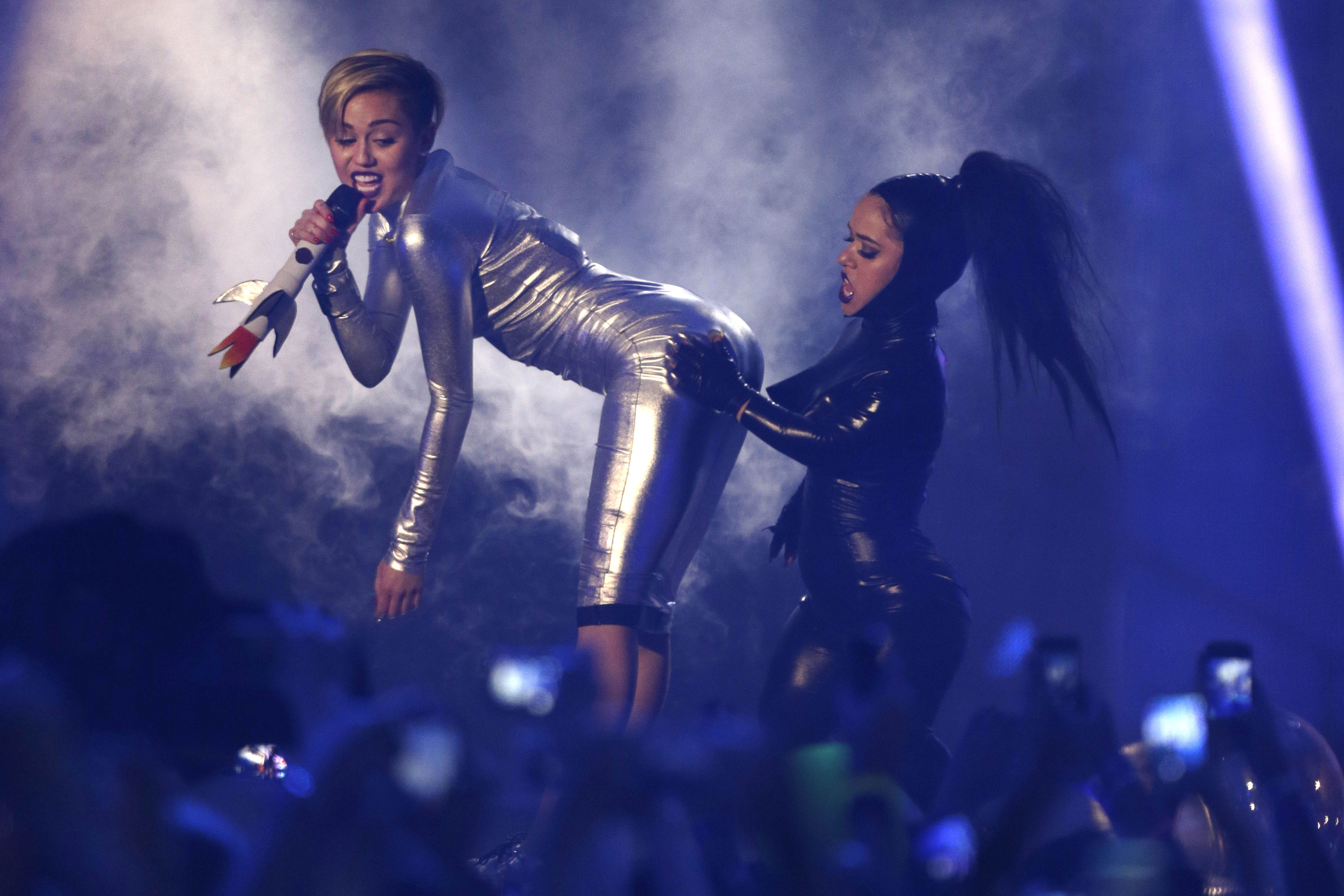 AMSTERDAM She couldn't resist. Singer Miley Cyrus smoked a joint on stage and twerked with a dwarf during the MTV Europe Music Awards on Sunday.

The 20-year old pop star also took home the Best Video award for her hit song "Wrecking Ball" during a show with a strong lineup of other performers including Eminem and Katy Perry.

Cyrus opened the space-themed show singing the song "We Can't Stop," while wearing a silver spandex suit and gyrating her buttocks in the move known as twerking in the general direction of her smaller female dance partner.

To the delight of the crowd in Amsterdam's Ziggo Dome, Cyrus finished the number by sticking out her tongue, the same expression she flashed repeatedly during her eyebrow-raising appearance at MTV's Video Music Awards in New York in August.

After winning the top award at the end of the show, she celebrated by demonstratively lighting up a large spliff and quickly taking a puff.

Marijuana is not legal in the Netherlands, but smokers can't be prosecuted for possessing small amounts and it is sold openly in cafes known euphemistically as "coffee shops."

Cyrus, who long ago shed her image of innocence as the child star of "Hannah Montana," has made no secret of her appreciation of Amsterdam's attractions, arriving the Friday before the show and hanging out at the Greenhouse coffee shop downtown with several other stars.

She also wore marijuana leaf emblems in her earphones during a live rendition of "Wrecking Ball" against the backdrop of a giant video screen of herself crying.

The EMAs traditionally focus on global, rather than U.S. pop music acts, though there's a lot of overlap: winners included Bruno Mars, who grabbed Best Song for "Locked Out of Heaven," and Eminem both in the Best Hip Hop and Global Icon category.

The "intergalactic"-themed show is scheduled to be rebroadcast in the U.S. later Sunday.

Another notable winner was Katy Perry for Best Female Artist. Perry, apparently caught by surprise at her win, spit out a sip of champagne and took the stage to thank her fans.

During Perry's performance earlier, she hung suspended by wires as green lasers reflected off her mirrored outfit during a rendition of "Unconditional."

Eminem, who has just released his first album in several years, appeared to have lost none of his rapping skill as he performed "Rap God," spitting out words at a blistering pace.

He was handed his Global Icon honor by "Anchorman" character "Ron Burgundy" (actor Will Ferrell), who informed him that Dutch DJ Afrojack had been insulting him behind his back.