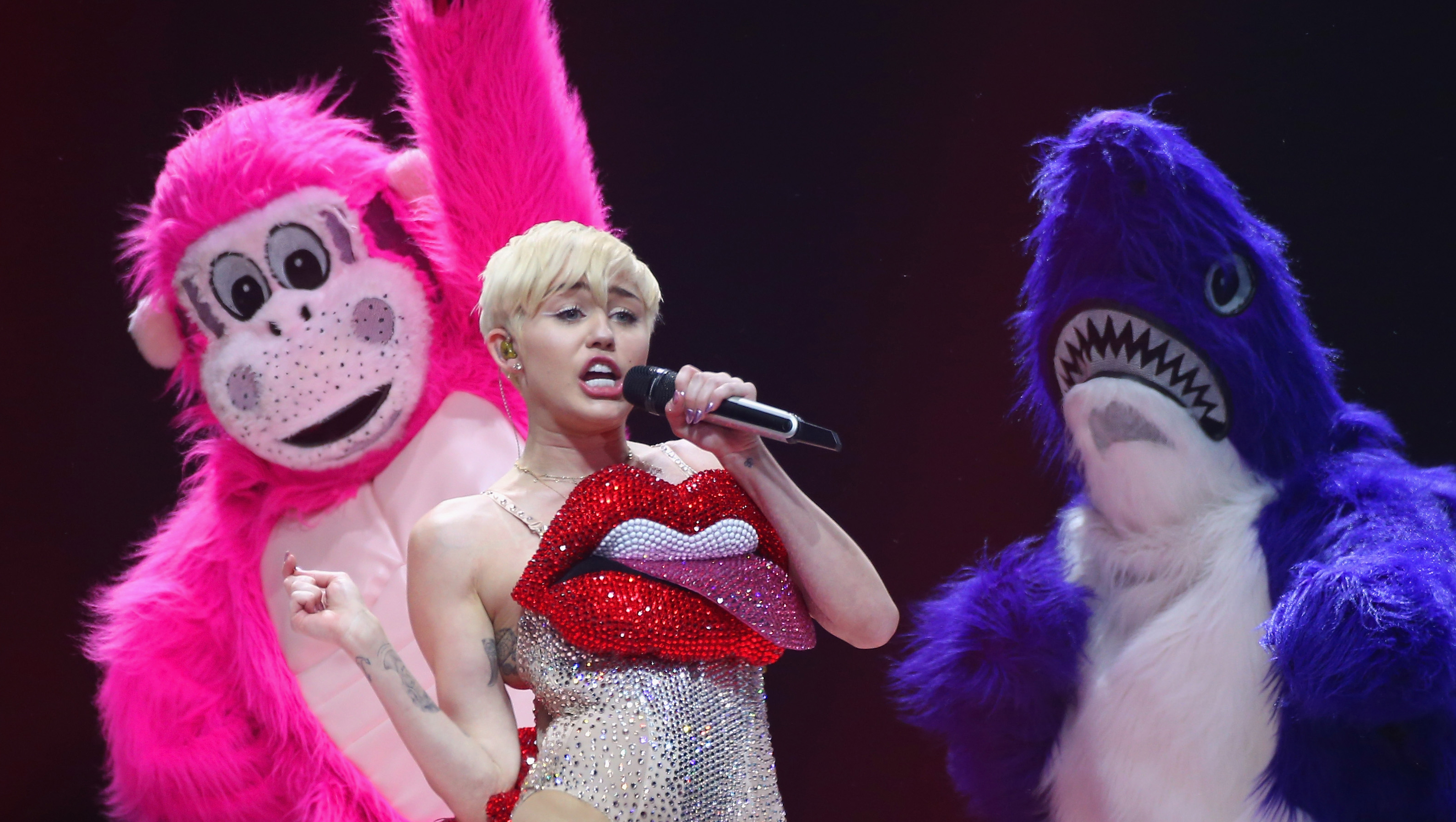 Miley Cyrus has said she is fighting fit, as she resumed her Bangerz tour in London after a series of canceled shows.

The 21-year-old pop star delayed U.S. dates until August after treatment for a sinus infection went awry, and last week postponed two European shows. Cyrus says that was because she suffered a severe allergic reaction to antibiotics.

But she told reporters she was "the poster child for good health" before performing at London's O2 Arena on Tuesday. She said, "I didn't have a drug overdose."

"I've been laying down for three weeks. I'm gonna go off -- I'm like a star waiting to explode," she added.


The former child star, who has garnered mixed reviews for her risque adult image, gave an energetic performance complete with crotch-grabbing, erotically tinged choreography and a ride on a giant hot dog.

Songs ranged from Cyrus' hit "Wrecking Ball" to covers of Bob Dylan's "When You Go" and Dolly Parton's "Jolene."