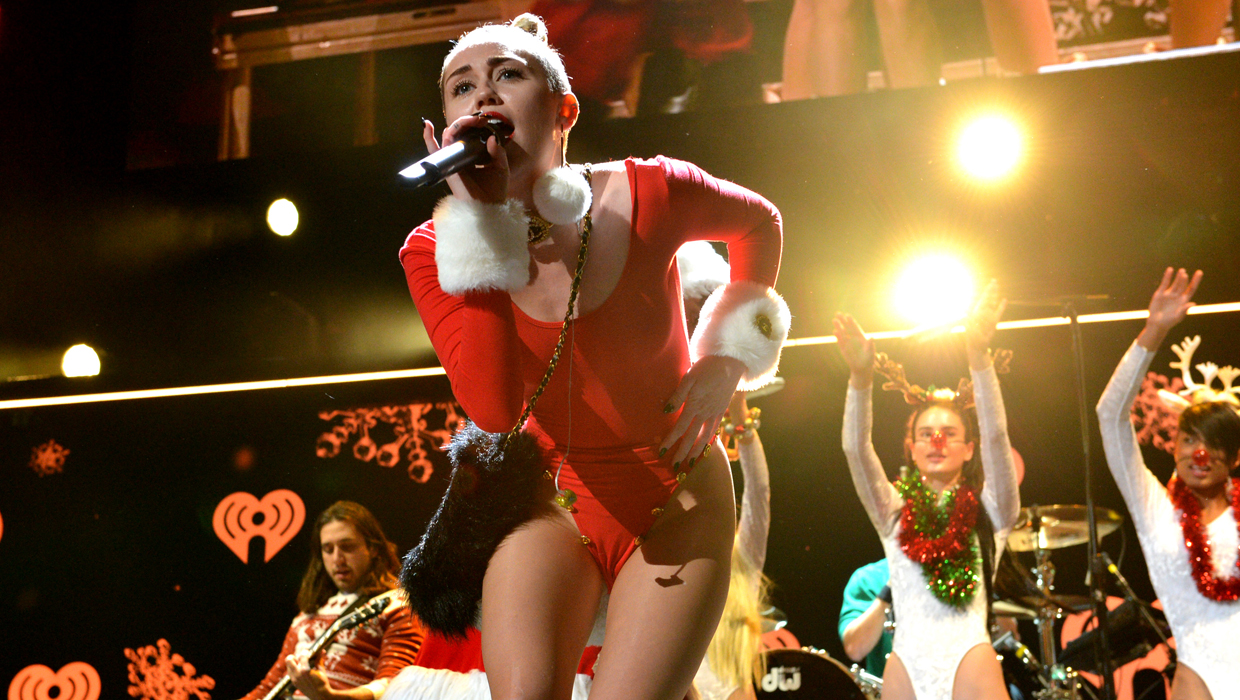 Miley Cyrus got everyone talking in 2013 -- and she's talking candidly about it in a new interview.

Speaking with The New York Times, the 21-year-old singer said her provocative on-stage antics (including that much-talked-about VMAs performance) is just her playing a character.

"I went from people just thinking I was, like, a baby to people thinking I'm this, like, sex freak that really just pops molly and does lines all day," she said. "It's like, 'Has anyone ever heard of rock 'n' roll?' There's a sex scene in pretty much every single movie, and they go, 'Well, that's a character.' Well, that's a character. I don't really dress as a teddy bear and, like, twerk on Robin Thicke, you know?"

The former Disney star also mused on how image-conscious celebrities can be.

"You don't have to be signed to Disney Channel to be put in a box, or to be rated PG. I’m with artists sometimes, and I'll take a picture of them or whatever. They make me delete it," she revealed. "I'll get someone to, like, flash me, and they'll be, like, 'You have to delete it!' I had to do that when I was 14 or 15, but even then I didn't care. Like, if someone was videoing me ripping a bong, I didn't care, so it's just funny to me. I'm like: 'Dude, you're 30. Like, why can't someone see a picture of your [breasts]?'"

Other highlights from the interview:

On up-and-coming pop star Ariana Grande: "I'm like, 'Walk out with me right now and get this picture, and this will be the best thing that happens to you, because just you associating with me makes you a little less sweet.'"

On her wild child persona: "I don't have a bunch of celeb friends, because I feel like some of them are a little scared of the association."

On Joe Jonas' recent claim that Cyrus and Demi Lovato introduced him to marijuana: "If you want to smoke weed, you're going to smoke weed. There's nothing that two little girls are going to get you to do that you don't want to do. I thought maybe he was saying that like it was going to make him look badass… We were so young that it's actually like, 'How did you get peer pressured by me?'"

On not wanting to promote drug use: "There was a thing that Kurt Cobain said, something like, 'There's a special place in hell for people that glamorize drugs,' and I never want to be that person that's, like, talking to 16- and 17-year-olds and being like, 'Smoke weed.' I’ve got a little sister. I don't want her to smoke weed, and it's not because I think weed is bad, but… she'll make the choice."

Go to The New York Times for Cyrus' full interview.