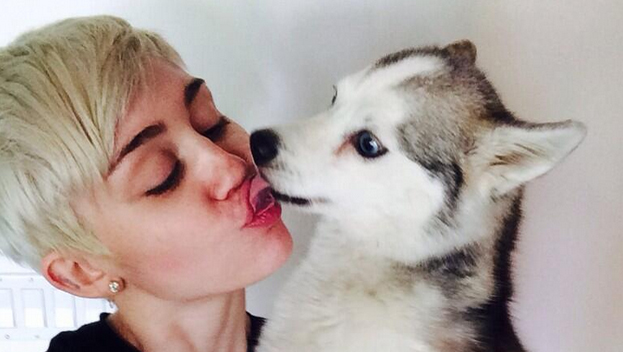 Miley Cyrus is mourning the loss of her best friend.

The 21-year-old singer took to Twitter Tuesday night to announce that her dog Floyd, an Alaskan Klee Kai, had died while she was away on tour. She didn't reveal the cause of death, but noted, "I miss him so much."

Cyrus tweeted: "I don't wanna say it because I don't want it to be real... But my precious baby Floyd has passed away."

She added, " I know I don't mean it but I wish he would've taken me with him this is unbearable. What am I gonna do without him?"

Cryus also noted how his death may affect her live show: "I'm sorry in advance if I am not myself tomorrow Boston. I will try my best to be my best."

Fans immediately sent the condolences to the singer, which prompted #RIPFloyd to become a trending topic on Twitter. Floyd was pictured in many of Cyrus' photos through the years.

Cyrus also lost a beloved pet in 2012 when her 2-year-old Yorkshire Terrier, Lila, unexpectedly died. "For everyone asking... I have never been so hurt in my life. My heart has never been so broken..... Lila my sweet baby girl has passed away," she tweeted at the time.

According to MTV, Cyrus has three other dogs: Ziggy, Happy and Mary Jane.