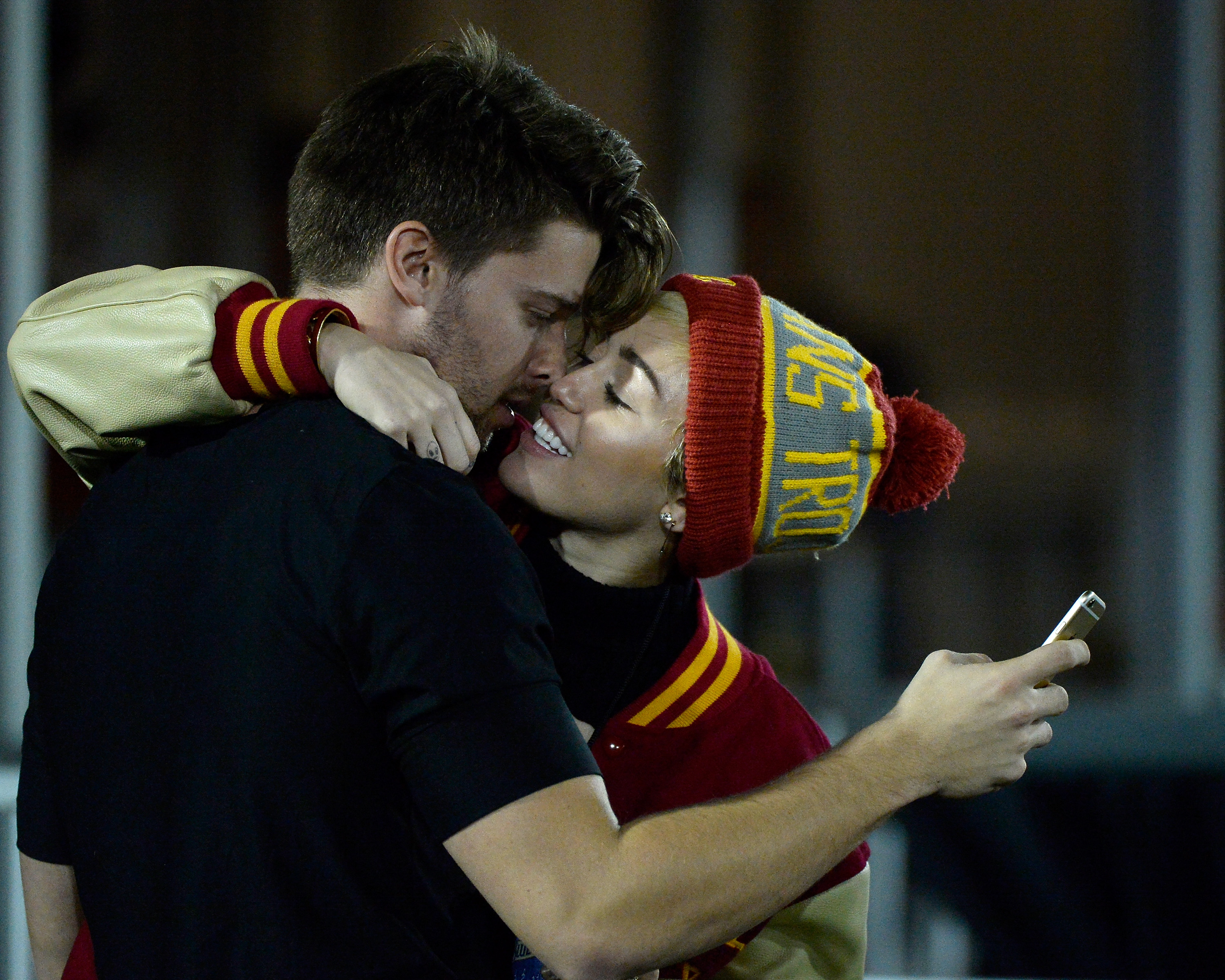 So about those Miley Cyrus-Patrick Schwarzenegger dating reports...

Apparently, it's very much on between the two young stars.

The pair got extremely cozy and close at Los Angeles Memorial Coliseum during a college football game between the CAL Golden Bears and the USC Trojans on Thursday. They could barely keep their hands off of each other, actually.