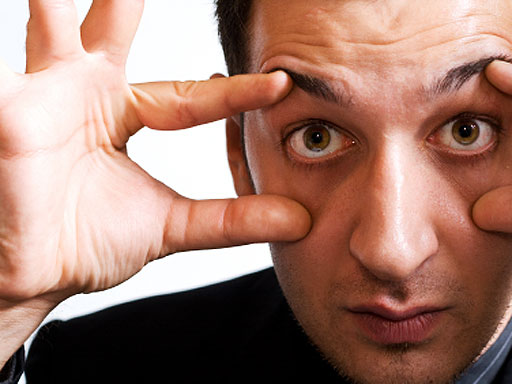 (CBS News) Even mild cases of anxiety or depression might take years off a person's life, new research suggests. The British researchers behind the new study say these mental health woes, collective called psychological distress, may lead to premature deaths from major causes such as heart disease or even seemingly unrelated ones like fatal car crashes.

The study, published July 31 online in the British Medical Journal (BMJ), looked at death risk in 68,000 adults over 35 who were involved in previous studies from 1994 to 2004. Reviewing mental health surveys given to the study participants along with mortality data, the researchers and found those with mental health issues were more likely to die than their stress-free counterparts.

Video: Higher risk of heart problems for women with stressful jobs
Even a fake grin may help lower heart rate in stressful situations

The greater the level of psychological distress, the more likely a person was to die of heart disease, cancer or even external causes of death like accidents and injuries.

Specifically, those with the highest levels of psychological distress were 41 percent more likely to die a cancer-related death, the researchers found.

However even people displaying minor symptoms of psychological distress were found to have a 20 percent increased risk of dying over the 10-year study period, compared to those who were free of anxiety or depression.

"Currently these people - a quarter of the adult population - are unlikely to come to the attention of mental health services due to these symptoms and may not be receiving treatment," study author Dr. Tom Russ, an Alzheimer's researcher at the University of Edinburgh in Scotland, said in a journal press release.

Study author Dr. David Batty, a research fellow in the department of epidemiology and public health at University College London, said in a written statement that the researchers' analysis factored in unhealthy behaviors such as obesity, lack of exercise, smoking and alcohol consumption, and the death risks remained.

"Therefore this increased mortality is not simply due to people with higher levels of psychological distress having poorer health behaviors," Batty said.

The researchers theorize that mental health problems may cause biological changes in the body that increase a person's risk for diabetes and heart disease.

Dr. Christopher Cove, a cardiologist and associate professor of medicine at the University of Rochester Medical Center in N.Y., told Health.com that increases in adrenaline and other stress-related body chemicals can cause the fatty plaques in narrowed arteries to rupture, causing blood clots, heart attacks and strokes. Cove, who was not involved in the new study, also said psychological distress can distract someone, potentially leading to fatal accidents.

According to WebMD, finding a proper balance between your work and personal life, getting enough sleep, adopting a healthy diet with exercise, and getting support from your family, peers or a professional may help people reduce their stress.

Or try forcing a smile. New research found people who held their face in a smiling position had a lower heart rate following a stressful situation.