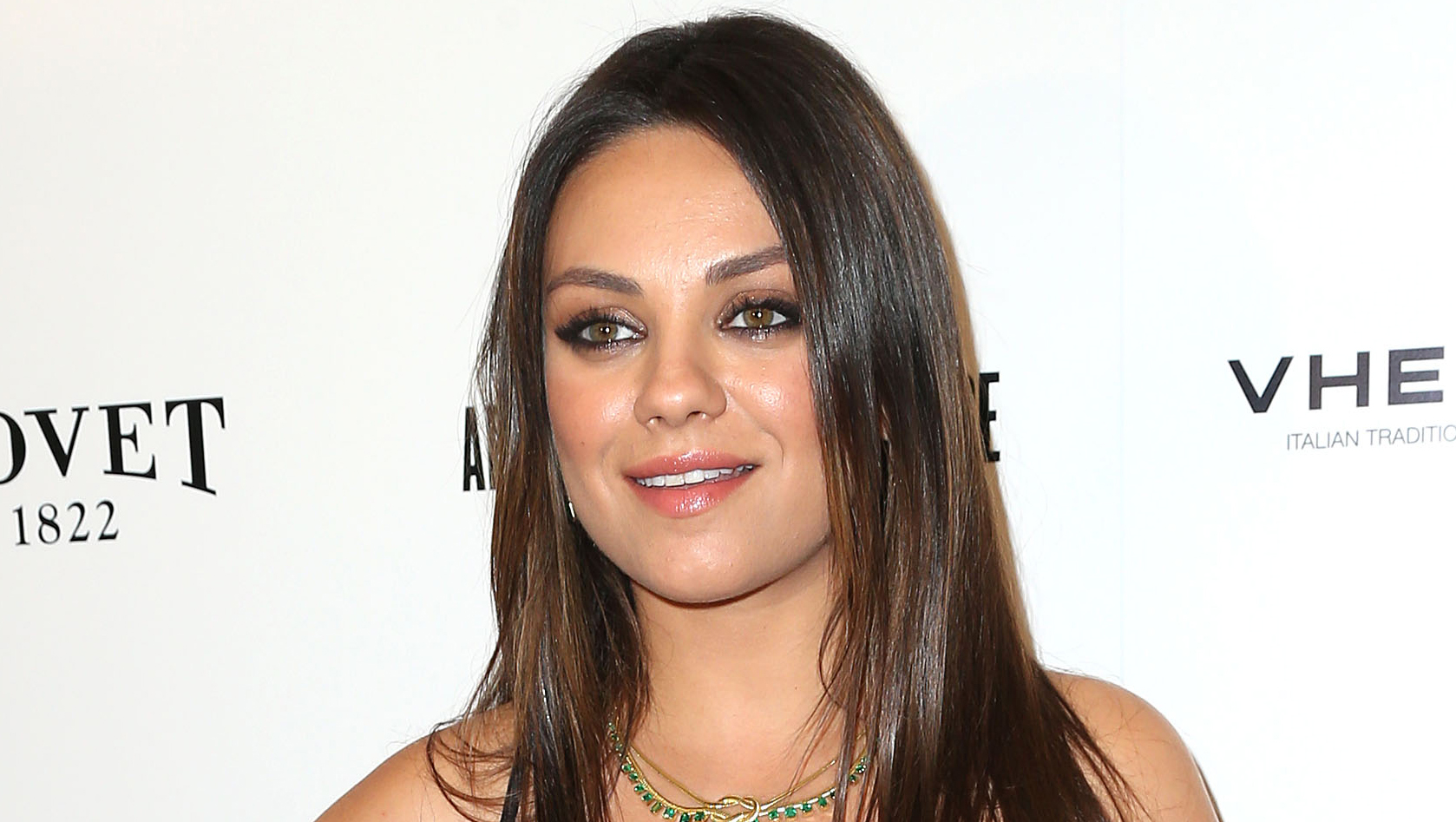 Expectant dads listen up -- Mila Kunis has some advice for you.

During a visit to "Jimmy Kimmel Live" on Tuesday, the pregnant actress gave an "important" public service announcement to guys.

It all started with Kimmel saying, "My wife and I are pregnant. We are having a baby very soon, as well."

"Oh, you're both having a baby?" she replied sarcastically. "You and your wife are pregnant?"

She then proceeded to grab the microphone: "Hi, I'm Mila Kunis, with a very special message for all you soon-to-be fathers."

"Stop saying 'we're pregnant,'" she joked. "You're not pregnant! Do you have to squeeze a watermelon-sized person out of your lady-hole? No. Are you crying alone in your car listening to a stupid Bette Midler song? No."

Kunis went on about many pregnancy woes in a funny bit worth watching below.

Kunis and Ashton Kutcher are expecting their first child together later this year. The pair, who co-starred on "That '70s Show," are engaged. There's no word on when they will tie the knot.

Kimmel and his wife, Molly McNearney, revealed they were expecting in February.