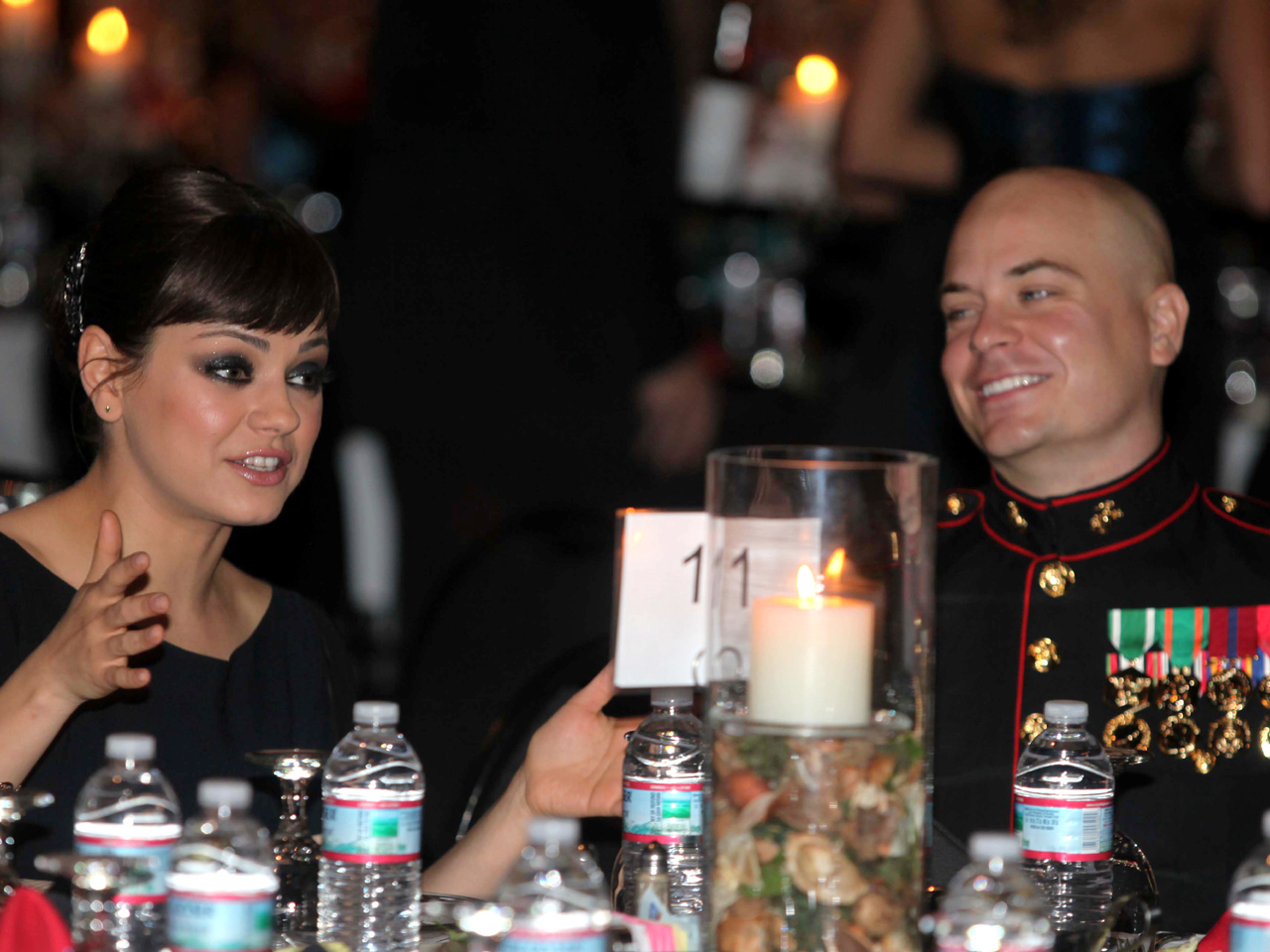 (CBS) Mila Kunis brought some star power to the Marine Corps Ball in Greenville, N.C., on Friday. The 28-year-old actress attended the event with Sgt. Scott Moore, who invited Kunis via YouTube earlier this year.

According to local news station WNCT, Kunis arrived in Greenville at around 2:30 p.m. wearing a black dress with her hair in an up-do.

Prior to the ball, Marine spokesperson Capt. Scott Sasser said, "She's going to get a chance to learn about the Marine Corps, and we're all going to have a great time celebrating the Marine Corps birthday."

Not only did the "Black Swan" star learn a bit about the Marines, it also sounds as if  she and Moore had a good time doing so. The official Twitter account of the United States Marine Corps tweeted, "Sgt. Scott Moore got to enjoy the #Marine Corps birthday ball with @MMilaKunis."

Back in July, Moore, a data systems technician who was deployed in Afghanistan at the time, asked Kunis to be his date after making a bet with a fellow Marine. Kunis accepted the invite after getting  a little encouragement from her "Friends with Benefits" co-star Justin Timberlake.

After Timberlake publicly prodded Kunis to say yes, he received his own Marine Corps Ball invite. The singer-actor attended a separate ball in Richmond, Va. with another Marine earlier this month.