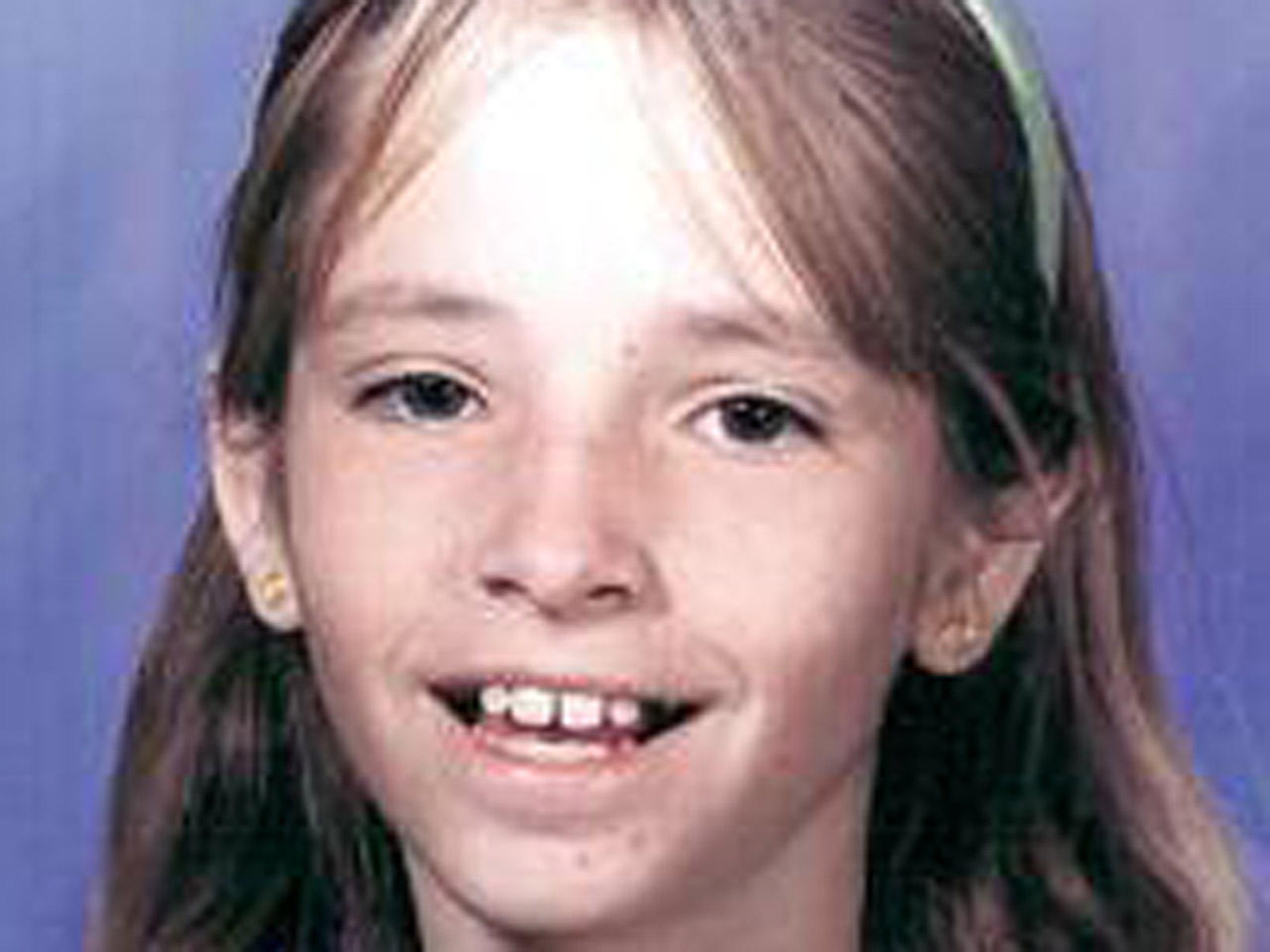 "I couldn't believe it. I was -- I remember I was sitting on the couch with my boyfriend and I just, like, gasped. And he was like, 'What?' And I was like, 'Jayme Closs was found alive,' said Biggs.

"When something like this happens, does that give you renewed hope?" asked "48 Hours" correspondent Erin Moriarty.

She has always hoped to see her own sister Mikelle walk back in the door.

"How would you describe Mikelle?" Moriarty asked.

"She was perfect," Biggs replied, laughing. "…she was funny and smart."

Mikelle was a sixth-grade honor student in Mesa, Arizona, who played clarinet and wanted to be a Disney animator when she grew up.

"She was amazing to be around," said Biggs.

It was the evening of Jan 2, 1999. Kimber then 9, and Mikelle, 11, were outside playing. Mikelle had Kimber's bike as both waited for an ice cream truck.

"Mikelle was riding my bike … And she was doing big circles," Biggs recalled. "When I said, "Well, I'm cold. I'm going inside." And, you know, I crossed the street. …And I remember I looked and I saw her riding, still doing big circles in the street. And that was the last time I saw her."

When Kimber went back outside, her bike was there, but Mikelle was gone. It only took 90 seconds.

"The thing that sticks out most in my mind about that day is the bike in the road," Biggs explained. "You know, it was on its side. The tire was still spinning."

What followed was a blur of yellow ribbons in trees, cameras and investigators questioning the 9-year-old.

"It took 30 minutes for 1,000 people to be looking for her," Biggs said. "And there was every news station and multiple police cars and people organizing search parties."

Abductions like Mikelle's are rare. Less than one percent of missing children are reported as having been abducted by a stranger.

"This one immediately was different-- from the get-go, it was different," said Mesa Police Detective Steve Berry. A patrol officer back then, Berry joined the massive manhunt.

"No one had seen anything. She just simply seemed to be gone without a trace," he told Moriarty.

"Police will -- flood an area when a child is missing because they know the clock is ticking, and it's ticking loudly," explained Jim Walsh, a local print reporter who covered the story from the beginning.

"No one heard her cry, call out?" Moriarty asked Walsh.

"No," he replied. "I never heard of anybody actually seeing anything or hearing anything."

"…there's a reason they say Mikelle Biggs vanished into thin air, because it looks like she did," said Biggs.

Police questioned everyone in the neighborhood, starting with Mikelle's father Darien.

"They never named anybody a suspect. But … they looked pretty hard at him. And -- I think part of it was his personality," said Walsh. "Darien was more of a aloof person. Didn't mean that he didn't feel it inside, you know. But he was just a less demonstrative person."

But Darien Biggs was quickly cleared.

"I was very angry," said Kimber Biggs. "My heart was broken that my dad had to go through that on top of not having his little girl."

In an interview with a local news station, Blalock appeared to be a law and order guy:

"If you're my neighbor, and I see that you're living next to me, and I see something suspicious going on, I guarantee you I'll be calling 911," Blalock told the reporter.

Blalock was described as "friendly" and "personable."

"The police moved on and they kept looking," said Walsh.

As the years passed and leads dried up, the case went cold.

"My room was right next to hers. And -- I remember hearing my mom in there a couple times crying, you know. I remember listening to that and just wishing that my parents didn't have to go through that," said Biggs.

"I was sitting at my desk one day when I got a phone call from a reporter in Wisconsin," said Det. Perry.

A dollar bill was turned in to the Neenah Police by a man who said he had found it in stack of bills collected as payment for Girl Scout cookies. A child's scrawling on it caught his eye.

"Did that give you hope? Did you think, 'Is this possible?"" Moriarty asked.

"But I remember looking at it and the fact that her name was misspelled and … the handwriting … it just didn't look like her handwriting. to me it looked like someone trying to write like a child," she continued.

"Why would someone do that?" Moriarty asked.

"I'm not sure. You know, there's some horrible people out there and I deal with quite a few of them on a regular basis," Biggs replied.

But what felt like a promising lead quickly turned into another frustrating dead end.

In any case, Kimber feels she knows who took her sister. Nearly two years after Mikelle vanished, the neighbor who said he knew nothing -- Dee Blalock -- was convicted of beating and raping a neighbor.

"He allegedly made some comments -- while incarcerated in prison -- tying back to this case. Needless to say, that stirred things up again" said Det. Berry.

Blalock has repeatedly denied any involvement. There is no physical evidence to tie him to the crime.

"That's what's one of the hardest things about this case. There's nothing to go on. And even though I do, kind of, feel that Dee Blalock is responsible-- you know, that's not good enough.  I'm not gonna settle for 'I think it's him,'" Biggs reasoned.

January 2, 2019, marked 20 years since Mikelle Biggs was last seen, and Kimber is now the mother of a 6-year-old son.

"I'm a helicopter mom. If we're at the park and he goes behind the play structure, I get up so I can see him. I mean, I do not let him out of my sight," she told Moriarty.

In 90 seconds Kimber Biggs lost her sister and her childhood, and she still wants to know why.

"I hope that she is alive and well and that we get her back," she said. "But, you know, then reality kicks in and then I think, well, then my hopes need to just be that I know who took her and we find her body and give her, you know, the proper burial that she deserves."