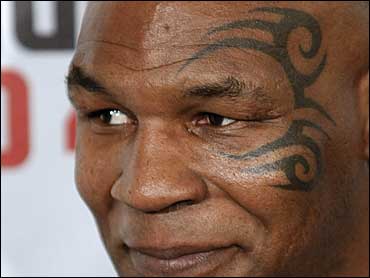 The 4-year-old daughter of former heavyweight champion Mike Tyson has died a day after what police are calling a "tragic accident" in her home.

Police say the girl was playing on a treadmill Monday in her central Phoenix home when her head apparently slipped inside a cord hanging under the console.

Exodus' 7-year-old brother found her and alerted his mother.

Responding officers and firefighters performed CPR on Exodus as they took her to the hospital, where she had been listed in critical condition since Monday.

Tyson was in Las Vegas at the time of the accident and flew to Phoenix on Monday.